Rare Blainville’s Whale Sighting Off the Coast of Hawaii 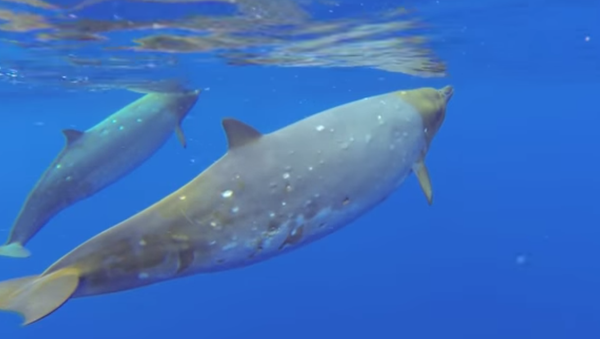 © screenshot/Lisa Denning
Subscribe
International
India
Africa
An encounter with an elusive whale species off the coast of Hawaii is caught on film, and we can’t imagine a more relaxing sight.

Named after French zoologist Henri de Blainville, the Blainville’s beaked whale is also known as the dense-beaked whale. When examining a jaw bone from one of the creatures, Blainville described it as the heaviest bone he had ever felt.

“Typically, they are very shy,” Lisa Denning, who shot the video, told local station KITV. “You might see them for a few minutes, then they disappear.”

Denning even said she was able to communicate with the creatures by slapping her scuba fins against the water, as the whales did the same with their tails.

Part of the reason the dense-beaked whales are so rare is because they often dive seven times deeper than humpback whales. These, however, were filmed in the shallows less than a half-mile from shore. 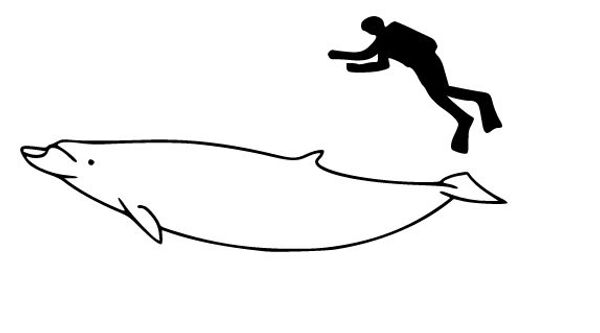 The video doesn’t provide a sense of scale, and while these whales are nowhere close to the massive size of blue or humpback whales, they’re still large, typically over twice the length of the average human.