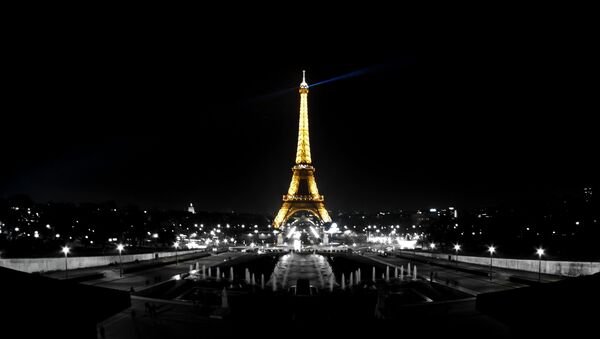 The French capital's authorities decided to restrict the shooting of action movies in the city fearing that acting could confuse the agitated public.

Bulgaria to Extradite Frenchman Connected to Paris Terror Attacks
MOSCOW (Sputnik) — Paris will severely restrict the shooting of action movies, fearing that the fictional terror attacks, police shootouts or hostage situations being filmed may be mistaken as real by the agitated public.

"There's a problem with these action-type scenes, as the actors in uniform could be targets for terrorists. Also, the actors could pose confusion for the general public — during this highly sensitive period," the Associated Press quoted Commander Sylvie Barnaud at the Paris police headquarters as saying.

Barnaud, credited by the Internet Movie Database (IMDb) website for allowing the filming of several motion pictures set in Paris over the past decade, did not specify when the restriction will be lifted.

Moreover, the news agency reported the disruption of a number of previously greenlighted productions due to the citywide ban on filming.

DreamWorks Animation to Cut 500 Jobs, Shrink Film Budgets
Tensions have escalated in Paris over the past two months in the wake of increased counterterrorism activities following attacks across the Paris region early last month. Taking place three days in a row from January 7, the series of incidents involved suspected Islamic extremists born in France and resulted in the deaths of 17 people.

On Wednesday, French Prime Minister Manuel Valls raised the terror alert level in the southern Alpes-Maritimes department to the maximum a day after a passer-by stabbed three soldiers on patrol near a Jewish community center in Nice.