No Change for the Poor: Norway Proposes Ban on Beggars 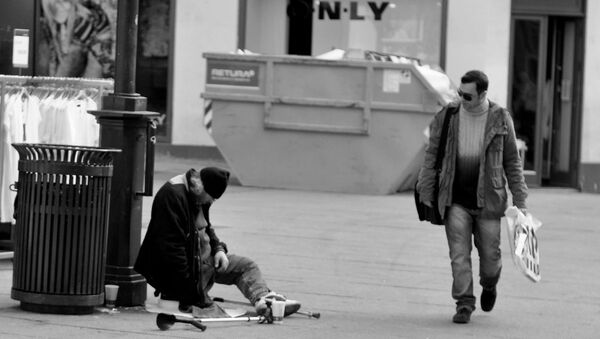 © Flickr / Henrik Berger Jørgensen
Subscribe
Human rights activists and social groups in Norway are in uproar following a controversial proposal to criminalise beggars and those trying to help them.

Under the proposed law, people who offer beggars money, food or shelter could face anywhere from six months to a year in prison, while so-called ‘organised begging' would also be outlawed.

Despite widespread criticism at the proposals, Norway's justice minister Anders Anundsen said the law was needed to ban those who run begging operations like an "organised business".

Up to one year in prison if you help a beggar in norway or if you beg on the street. If there are two beggars its regarded as organizedcrime

"We need to give the police the legal authority to crack down on people who arrange for beggars to get here, often in large groups," he said.

There has been an ongoing debate about the criminalisation of beggars in Norway, with the proposals seemingly aimed at reducing the number of beggars in the country, while many have noted that the moves may be a reaction to the high levels of pick pocketing in Norway's capital, Oslo.

At present, local councils have the power to ban begging, however the proposals put forward by the country's right-wing government plan to enforce a country-wide ban.

Nothing like waking up and feeling embarrassed about your own country. http://t.co/N5AZKLeSiX

Oslo city councilor Marianne Borgen is among those opposing the proposals, saying that it will prevent acts of goodwill among the community.

"The way I read the proposed law is that if you give a hungry person something to eat or drink, or offer them somewhere to sleep, then you are helping begging and you will be liable to imprisonment or a fine," she said. 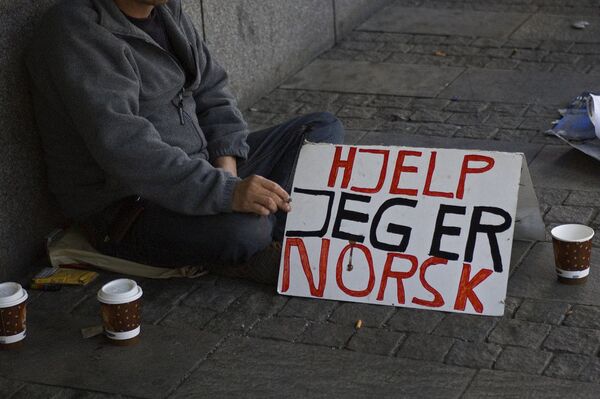 There are fears that the proposals, if passed, will lead to further social problems and a lack of support for Norway's poor, with people actively discouraged not to give to beggars.

Christian Democrat's politician Kjell Ingolf Ropstad said that introducing such a law would be a mistake, as many people turn to begging as a "last resort."

The bill is expected to be debated in the coming weeks.