Oil Picks Up on News From China 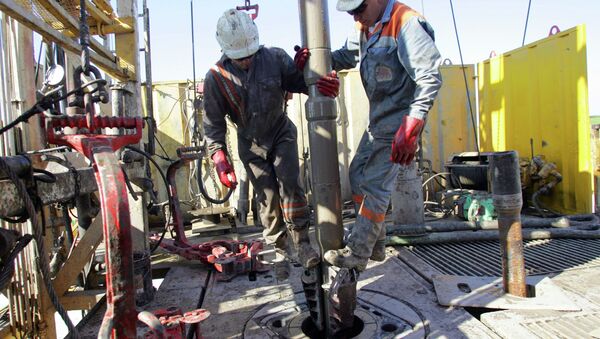 Oil prices are going up buoyed by China’s decision to cut the amount of cash banks have to hold as reserves.

Oil Slips Again As US Crude Reserves Rebound
MOSCOW, (Sputnik) —  Oil prices are looking up on news from China where the government  has just cut its reserve ratio requirement (RRR) — the amount of cash banks have to hold as reserves — by 0.5% to 19.5%, in the first industry-wide move since 2012.

The People's Bank of China, the central bank, said the measure will "promote the healthy and stable operation of the economy," according to a statement.

The rally comes hard on the heels of Wednesday’s drop in crude prices, which tumbled nearly nine percent as US oil supplies rose by 6.3 million barrels to reach 413.1 million.