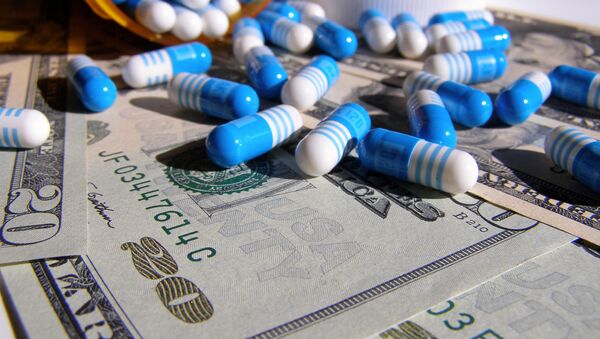 © Flickr / Chris Potter
Subscribe
Ross William Ulbricht was found guilty in a Manhattan courtroom Wednesday on all counts related to the sale of illegal drugs on the underground online marketplace Silk Road.

Ross William Ulbricht was found guilty in a Manhattan courtroom Wednesday on all counts related to the sale of illegal drugs on the underground online marketplace Silk Road.

Ulbricht, of San Francisco, was convicted on seven counts relating to drugs and conspiracy in a trial that lasted less than a month, and after a jury deliberation of less than four hours.

The site, sometimes called “eBay for drugs” had allowed anonymized transactions using the digital currency bitcoin and, according to prosecutors, had facilitated more than 1 million drug deals representing more than $180 million in sales. The site was shut down by authorities in October 2013.

Drugs made up the vast bulk of the site’s business during its three years of operations, in which it netted Ulbricht about $18 million in bitcoins, according to the government.

Dread Pirate Roberts and the DHS

Federal agents arrested Ulbricht in October 2013 at a public library in San Francisco. They said he had been communicating with an undercover agent of the Department of Homeland Security online using the alias “Dread Pirate Roberts” — the name of a character from the children’s film The Princess Bride. 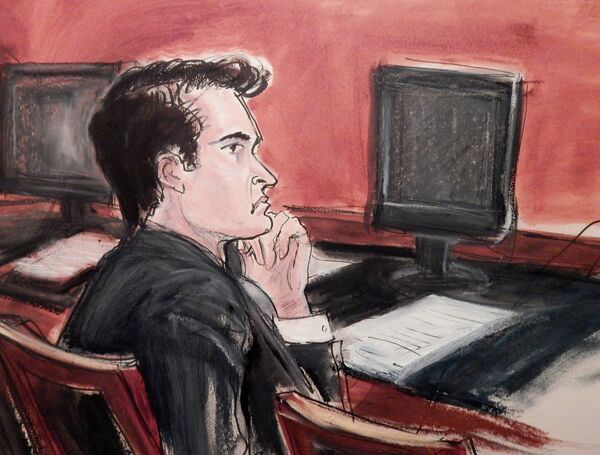 That DHS agent, Jared Der-Yeghiayan, testified that his agency first came across packages connected to Silk Road 2011, when agents at Chicago’s O’Hare International Airport discovered ecstasy pills coming from the Netherlands. Der-Yeghiayan later infiltrated administrator accounts as people associated with the site were caught and cooperated with authorities.

Ulbricht’s laptop ultimately provided the most damning evidence in the trail. He was on it when he was arrested in the middle of a chat conversation with the undercover Der-Yeghiayan.

"There's no dispute when the defendant was arrested, he was logged in as Dread Pirate Roberts," federal prosecutor Serrin Turner told jurors.

Also on the computer were a journal, private chat logs and other information detailing the operations of the site. There was also a witness that testified that Ulbricht had confessed to creating the Silk Road site. And the FBI traced a money trail right to Ulbricht’s bitcoin wallet.

"Ulbricht's arrest and conviction – and our seizure of millions of dollars of Silk Road Bitcoins – should send a clear message to anyone else attempting to operate an online criminal enterprise. The supposed anonymity of the dark web is not a protective shield from arrest and prosecution,” U.S. Attorney Preet Bharara said in a statement.

The Case for Mistaken Identity

Ulbricht’s defense attorney, Joshua Dratel, tried to convince the jury that the Dread Pirate Roberts and his client were not one and the same. Though admitting that Ulbricht created the site, his defense claimed that the site later came under the control of other users who steered it towards its almost entirely illicit purposes.

“The real Dread Pirate Roberts is out there,” Dratel had told the jury in opening statements.

As for the laptop information, that was dismissed as an elaborate hack to set Ulbricht up, a claim which prosecutors called a “wild conspiracy theory.”

There were numerous calls for a mistrial during the proceedings and objections to the preclusion on ground of hearsay of certain testimony about alternative suspects and to the barring of two of the defense’s witnesses. A damaging pre-trial ruling also killed the defense's contention that the government obtained certain electronic information through unlawful access to Silk Road’s servers in Iceland.

“What you saw in terms of length of deliberations is demonstrative of [what happens] when the defense is precluded and limited and circumscribed in the way that it was,” Dratel told reporters  after the decision. He confirmed that he will appeal the decision.

"It was not a fair trial. It was not an even playing field, and I think that's a tragedy," said Lynn Ulbricht, Ross’ mother.

Ulbricht is not without his supporters and after the verdict was read spectators yelled out "Ross is a hero!" and  "It's not over Ross. We love you."

The 30-year-old faces a minimum sentence of 30 years with a possible maximum of life imprisonment.