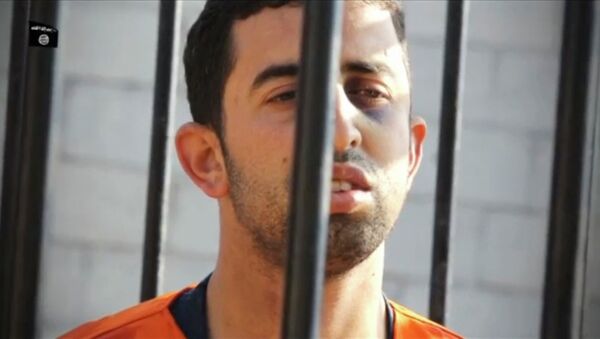 Fox News Executive Vice President John Moody stated that after careful consideration, it had been decided to give readers of FoxNews.com the option to see for themselves the barbarity of the Islamic State, publishing the full-length video of the terrorist group burning to death the captured Jordanian pilot Muath al-Kasaesbeh.

“After careful consideration, we decided that giving readers of FoxNews.com the option to see for themselves the barbarity of ISIS outweighed legitimate concerns about the graphic nature of the video,” Moody said on Wednesday.

.@FoxNews has chosen to embed the video of Islamic State burning a hostage to death on its website http://t.co/jOy17jiLXf via @guardian

The 22-minute video was posted on the Fox News website on Tuesday evening, following the video’s initial release by the IS earlier that day.

“Online users can choose to view or not view this disturbing content,” Moody said.

Facebook told Sputnik on Wednesday it would not allow the video on its website and would remove any uploads.

Al-Kasaesbeh was taken hostage by the IS in December after his airplane was shot down in northern Syria.

In January, the IS released a video warning that the Royal Jordanian Air Force and a Japanese hostage would be executed in 24 hours if Jordan did not release failed al-Qaeda suicide bomber Sajida Rishawi.

The Jordanian government said it was ready to release Rishawi and demanded proof that the pilot was still alive, but did not receive a response.