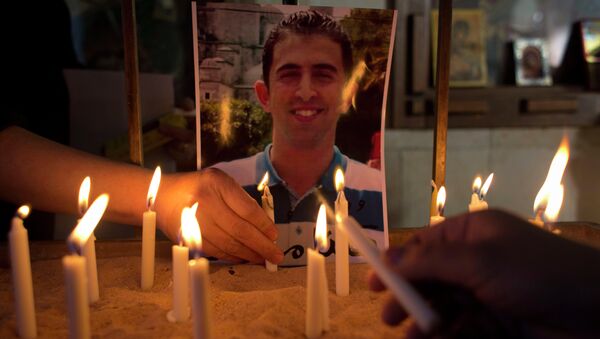 After Islamic State militants had shot down the plane of Jordanian pilot Muath Kasaesbeh, UAE had to stop its airstrikes against the jihadists.

UN Security Council Demands Justice for Jordanian Pilot Killed by IS
WASHINGTON (Sputnik) — The United Arab Emirates halted their airstrikes against the Islamic State soon after a Jordanian pilot was taken hostage, a US official told Sputnik on Wednesday.

“I can confirm that UAE suspended airstrikes shortly after the Jordanian pilot's plane went down,” the official said, adding that UAE continues to be important and valuable partner of the United States “that is contributing to the [anti-IS] coalition.”

Kasaesbeh had been held hostage by IS militants since December 2014, when his plane crashed in IS-controlled territory in Syria.