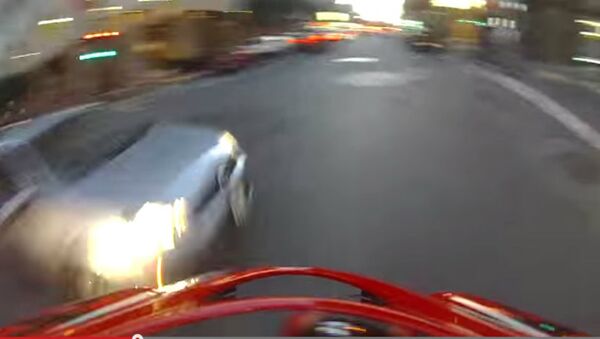 A San Francisco motorcyclist is lucky to be alive after being hit by a car and sent flying. The entire incident was captured on his helmet cam.

The man, Taylor Smith, was waiting to turn at the red light. Suddenly as the light turned green, a car appeared to his left and T-boned him. Though he was reasonably angry that his “D675” (a heavily modified 2011 Daytona 675) was totaled, he mostly kept a good humor about the situation.

Smith entitled his amazing video "The death of my D675 and birth of my Ninja skills: Idiot cager blows red light" — “cager” being a disparaging term for a driver in a car.