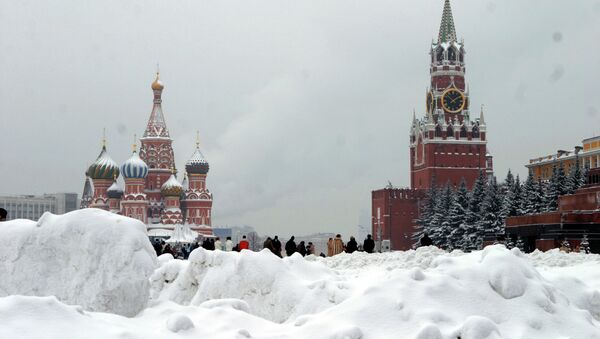 Putin Named Person of Year for 16th Consecutive Time by Russians: Poll
MOSCOW, (Sputnik) — About 69 percent of Russian citizens in a poll published Tuesday consider that the country should continue with the current foreign policy despite Western economic sanctions.

The survey, conducted by the Russian pollster, the Yuri Levada Analytical Center (Levada Center), showed that this figure slightly increased, as in December about 66 percent of the respondents to a similar poll approved of Russia's foreign policy.

According to the Levada Center poll, 21 percent of respondents said Russia should seek a compromise in response to the sanctions imposed by the West, while 11 percent chose not to answer.

The poll took place at the time of growing concern among the public on possible outcomes from effects of the economic sanctions imposed on Russia over the Ukrainian crisis.