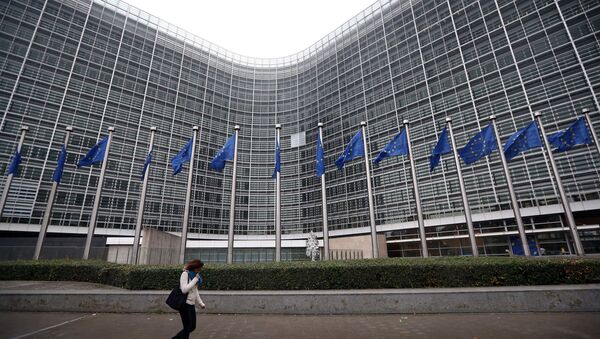 © Fotobank.ru/Getty Images
Subscribe
International
India
Africa
The commission will mobilize the European Globalization Adjustment Fund (EGF) to help 1,633 media workers from Greece's Attica region, which has seen 70-percent unemployment for over a year.

Finance Minister Promises to Release Greece From Debt Bondage
MOSCOW, (Sputnik) — The European Commission (EC) proposed Tuesday to provide almost $10 million in career aid to over 1,600 workers from Greece's media sector who became unemployed as a result of the country’s deep economic crisis.

“The funds requested by the Greek authorities, amounting to €8.7 million [$9.9 million], will help the workers in their transition to new jobs,” the EC said in a statement.

The commission will mobilize the European Globalization Adjustment Fund (EGF) to help 1,633 media workers from Greece's Attica region, which has seen 70-percent unemployment for over a year.

The funds will provide career guidance, training and also startup contributions for unemployed media professionals, according to the statement.

Syriza Cites Greece’s Struggle for Economic Growth as Example for EU
The EGF is mandated to provide support to people who have lost their jobs due to structural changes in world trade patterns caused by globalization.

In recent years, Greece has suffered major problems amid an economic crisis. The country owes about $270 billion to the so-called troika of international creditors; the EC, the European Central Bank and the International Monetary Fund.

The newly-elected leftist Syriza party is seeking a debt bailout and vowed to renegotiate Greece’s highly unpopular austerity measures, imposed by the troika.