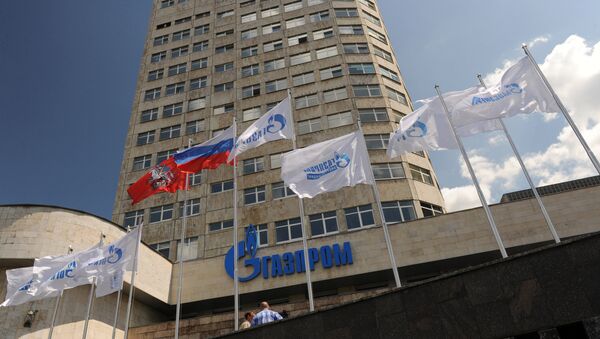 Moncrief Oil International dropped a $1.37 billion lawsuit against Russian oil and gas giant Gazprom after a key piece of evidence, produced by the US company, turned out to be fake, Bloomberg reports.

The case was dismissed with prejudice against Moncrief on Monday, ending years long litigation, according to Baker Botts, a Houston-based law firm representing the Russian company.

Gazprom Says Russian Gas Supplies to China Not to Be Postponed
Moncrief Oil International sued Gazprom for backing out of a joint venture to develop a natural gas field in Siberia, also accusing the Russian company of using stolen trade secrets. However, the Texas-based company managed to produce only one document supporting its claim.

Known as Trial Exhbit 1, the document allegedly dated to 2004. But a simple Google search by Baker Botts attorneys revealed that an image used in the document was created almost a decade later, in 2012.

Moncrief’s chief financial officer admitted that the document was fake during the trial that started in Fort Worth, Texas, in early January, Forbes reported. "It was stunning," said attorney Van Beckwith, referring to the discovery of the forged document as something that usually only happens on TV, according to Bloomberg. "The case is over. Nothing further will happen for us," he added.

Naftogaz to Sue Gazprom for $6.2 Bln Over Low Volume of Transit Gas
Michael Calhoon, a lawyer at Baker Botts, called the dismissal of the case a major victory for Gazprom, adding that none of the Moncrief allegations had merit, according to a statement issued by the law firm.

"After years of litigation losses in federal court, Moncrief Oil decided their hometown state court offered the best opportunity for victory. I am proud of our trial team for not backing down and ultimately getting to the truth, which resulted in this dismissal with prejudice," said Michael Goldberg, a trial partner with Baker Botts.

Earlier, two Moncrief lawsuits against Gazprom – one filed in Texas in 2007 and the other one in Germany in 2010 — were also dismissed.