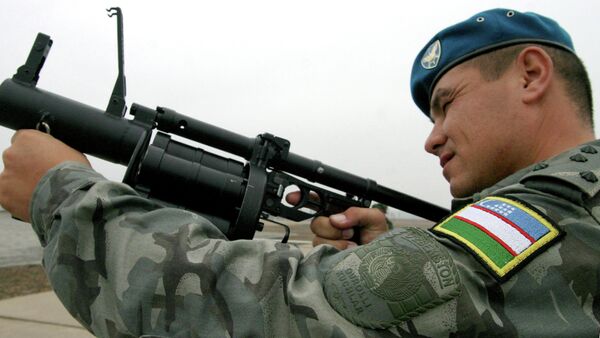 Uzbekistan is raising border security following the reports that the Islamic State militant group is planning terrorist attacks in the country this spring.

"ISIL members were preparing a number of terror attacks for this spring in Uzbekistan, which is precisely why we are strengthening border security," Alisher Khamdamov was quoted as saying Monday by news outlet Central Asia Online.

Khamdamov added that the National Security Service’s information on possible terror attacks was obtained from Islamic Movement of Uzbekistan (IMU) members and IS members detained in 2014.

"The detained Uzbek citizens underwent combat training in Pakistan in 2013 and then returned to Uzbekistan in 2014 to recruit youth into ISIL," Khamdamov added.

Islamic State Militants Seize Oil Facility in Iraq, 15 Employees Missing
The IMU was formed in 1991. Its headquarters are located in Taliban-controlled areas of northern Afghanistan and its main objective is to topple Uzbek President Islam Karimov and to create an Islamic state under sharia law.

The terror attacks were supposed to take place ahead of the presidential election in Uzbekistan, scheduled for March 29.

In January, media reports said that IS allocated $70 million to destabilize the situation in Fergana Valley, a region that spreads across eastern Kyrgyzstan, Uzbekistan and Tajikistan, with help of Central Asian militants.

The Islamic State is a Sunni jihadist group that formed in 1999 and currently controls large territories in Syria and Iraq.

According to the International Crisis Group, up to 4,000 militants from Central Asian countries fight for IS.