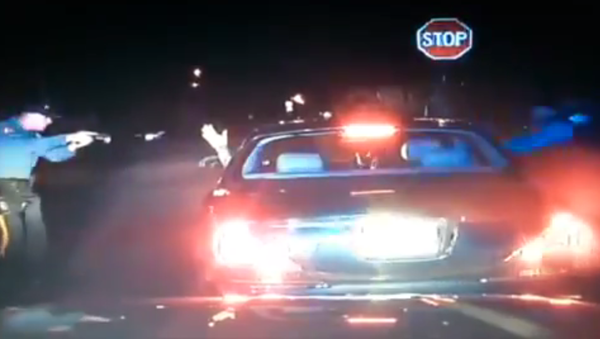 © NJ.com (SCREENSHOT)
Subscribe
International
India
Africa
Protesters will take to the streets of New Jersey again this week to demand a full probe into the death of unarmed African-American Jerame Reid.

NEW YORK, (Sputnik) – Protesters will take to the streets of New Jersey again this week, this time to demand a full probe into the death of unarmed African-American Jerame Reid, shot and killed by police while his arms were raised during an arrest in late December 2014.

"The state Attorney-General must realize the importance of appointing a special prosecutor to ensure fairness and an impartial investigation," Walter Hudson, chairman of the National Awareness Alliance, a rights group, said on Monday. "The Attorneys-General must step up and do their job."

Rally for African-American Rights, Justice Held in New York
Hudson will lead a protest march Tuesday evening, beginning at the spot in the town of Bridgeton, New Jersey, where Reid was killed. The incident was videoed and has stirred fresh concerns of unnecessary force in police tactics and racial profiling.

The police car dashcam video shows Reid, 36, being shot by a black officer as he exited a stopped vehicle with his hands raised, on December 30. Reid was the passenger in the vehicle, a Jaguar, in which there was a gun.

The video was released by Bridgeton Police Department after a request by local media. It caused a storm of controversy in the United States, as people both condemned and defended how officers reacted.

Bridgeton mayor Albert Kelly has been criticized for failing to appropriately deal with the controversy and prosecutors have been urged to step in.

"The mayor does not see a problem. He is completely fine with the status-quo – that hurts the people of Bridgeton," Hudson said in a statement. "I want to make it clear to the mayor, clergy and the local National Association for the Advancement of Colored People: we are not going away."

The United States has seen a recent upsurge in awareness about racism, brutality and other illegal and inappropriate actions by police forces. Two recent controversial grand jury decisions in the last year to not prosecute white lawmen for killing unarmed black men resulted in widespread protesting in almost every urban center in the US.