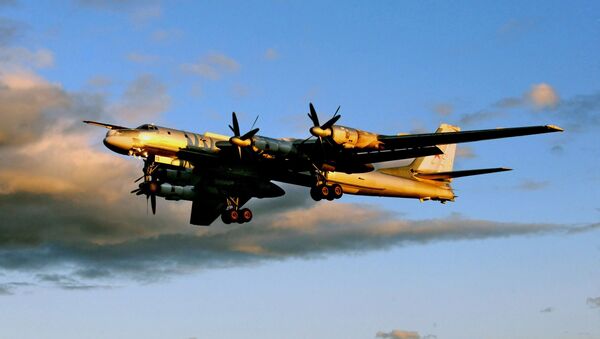 Britain’s The Daily Express earlier reported that one of two Russian Tu-95MC Bear bombers was armed with at least one nuclear warhead missile while flying over neutral waters above the Atlantic.

“We fly without weapons. This is some sort of disinformation, again we are being provoked,” the source said.

British media suggested that UK authorities had summoned the Russian ambassador over the issue, as, according to the country's Foreign Office spokesperson, "the Russian planes caused disruption to civil aviation."

Klimov stressed that the flight was conducted in compliance with international regulations on the use of airspace over neutral waters and did not cross over any country's sovereign borders.