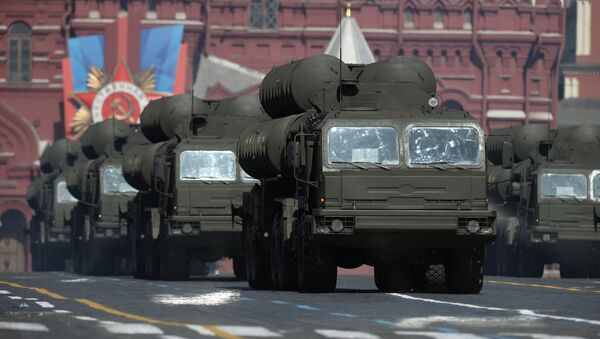 The Russian Ministry of Defense has saved over 25 percent in costs on the development of a 8-wheeled carrier variant for its S-300 and S-400 air defense systems, efficient design and the absence of middlemen accounting for the savings.

In 2013, 'Aviation Equipment' (AE) Holdings was granted the design documentation for the vehicle; its updated design underwent successful inter-ministerial tests in the summer of 2014. Beginning this year, the new, improved, and less expensive vehicle will begin to fill the ranks of Russia's air defense forces. The vehicle is being built at the 'START' Scientific and Production Enterprise Named After A. Yaskin, one of AE's holdings.

The new design's lower cost was made possible in part thanks to cheaper component prices and lower transportation costs at START compared to the Bryansk Automotive Plant (BAP), where the old design of the vehicle had been produced.

Iran Expects Russia to Honor Contract on Delivery of S-300 Missile Systems
START Deputy Director Victor Diachkov notes that changes have been made to the vehicle's power output as well. He explains that "the old vehicle was created for a variety of uses; its power output allowed it to carry a variety of weapons systems. For the S-300 and S-400, this capacity is redundant. The new model, in addition to being more economical, is also more maneuverable than before, and as a result will be even more competitive on the international market." The vehicle's reduced axle load means that the new vehicle's fuel consumption will be 35 percent lower, while also making it more capable in both on and off-road environments.

More than any other factor, however, Expert notes that the reduction in cost is the result of the Defense Ministry's decision to bypass a chain of mediators and middlemen composed of former bureaucrats within the Ministry.

"This was preceded by a long struggle between current and former Defense Ministry officials, [the latter] serving as shareholders in BAP," a source familiar with defense enterprises told Expert. "Earlier, this vehicle was often delivered after great delays," periodically resulting the inability to fulfill defense orders on time. The vehicle "cost a great deal more, since it was delivered from the factory via BAP's intermediaries, behind whom stand high former officials of the Defense Ministry. The current officials are fed up with this, and are pushing START to produce a new, cheaper model of the transport vehicle."

Russia's Northern Fleet Receives S-400 Air Defense Systems: Spokesperson
The source told Expert that this is "the first time in Russia that a machine has been put into service separately [from the rest of the system]. The general practice before was that weapons systems are placed into service as an array, including the locators, service vehicles, the weapons system itself, etc."

Ruslan Pukhov of the Center for Analysis of Strategy and Technologies notes that "this is a typical problem for the Russian military-industrial complex, where former officials and even generals become intermediaries for enterprises." Pukhov notes that "recently, the Ministry of Defense has begun to fight this form of cronyism, and the example set by START can be considered one of the first signs in this battle." The analyst noted that "if these invisible intermediaries were to be removed [across the board], the Russian budget could save up to 10 percent simply on weapons production. And this is not mentioning the fact that our weapons systems would gain an increased competitive advantage for export as a result of lower prices."