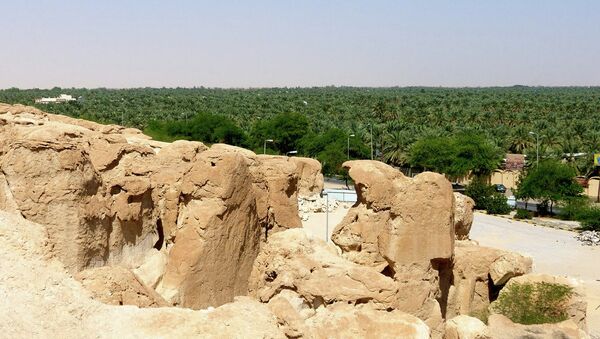 US Citizen Hospitalized After Being Shot in Saudi Arabia
MOSCOW, February 1 (Sputnik) — US security contractor Vinnell Arabia confirmed Sunday that two of its employees were wounded by unidentified attackers in Saudi Arabia's eastern al-Ahsa province.

Vinnel Arabia is a US-based private military company, which has been involved in training and providing support services for the Saudi National Guard, one of the three branches of the kingdom's Armed Forces, for over 30 years.

"We can confirm that two Vinnell Arabia employees were involved in an incident on Friday, in which they were shot at by assailants in the al-Ahsa province of Saudi Arabia," the company said in a statement issued through a public relations firm.

The company added that both employees are currently in a local hospital in stable condition.

U.S. Defense Contractor Found Dead in Saudi Arabia After Pleading for Help
The Lebanese Naharnet newspaper reported Sunday, citing the Saudi police, that a Vinnel vehicle with two US nationals "came under fire from an unknown source" on Friday afternoon. The shooting is currently being investigated.

Saudi Arabia is a member of the US-led coalition, conducting airstrikes against the Islamic State (IS) jihadists in Iraq and Syria.

US contractors were targeted in Saudi Arabia for the second time in less than four months. In October 2014, Vinnell Arabia's employee was killed and another was injured in Saudi capital Riyadh. The shooter was identified as a former Vinnell Arabia contractor, who had been fired from the company.

The October shooting was the first deadly attack on US nationals in Saudi Arabia since the wave of killings carried out by al Qaeda-linked militants between 2003 and 2007.