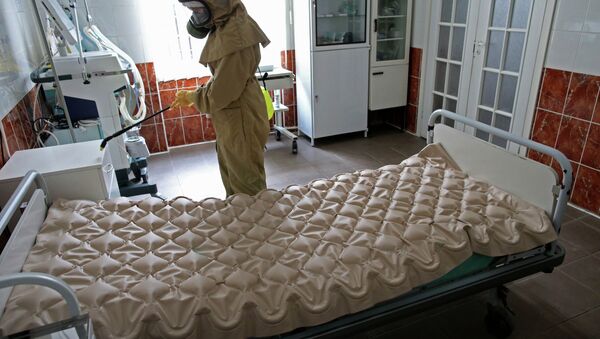 A Red Cross worker who is suspected to have been hit by the deadly Ebola virus was hospitalized in Russia’s eastern Primorsky region.

“Today, February 1, a passenger of the SU 1702 flight from Moscow [to Vladivostok] was hastily sent to a specialized hospital in Ussuriysk with suspicion of Ebola. According to preliminary information, the patient is a Red Cross employee who recently worked in Africa,” the Primorsky Territory administration said in a statement.

The patient is currently being tested for Ebola and is expected to remain at a special anti-epidemic hospital for at least three days, a spokesperson for the local administration told RIA Novosti.

All fellow passengers from the Moscow-Vladivostok flight were notified of the situation and examined by doctors after landing, and will continue to be monitored by health officials, the spokesperson added.

The current Ebola outbreak in West Africa has killed nearly 8,800 people since it began in late 2013, according to WHO estimates. Several foreign healthcare workers and volunteers have contracted the virus while taking part in the Ebola response. No Russians have been diagnosed with Ebola so far.