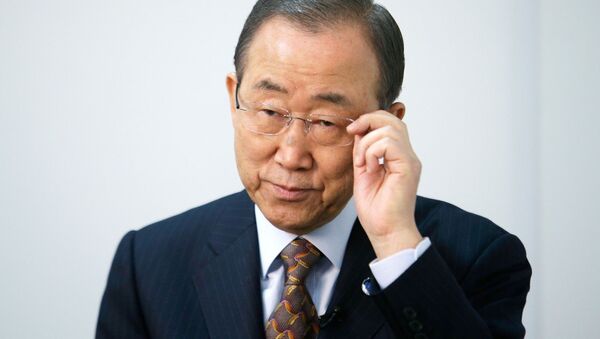 The United Nations said in a statement Saturday that Ban Ki-moon "condemns in the strongest terms the barbaric murder of Kenji Goto. His death underscores the violence that so many have been subjected to in Iraq and Syria".

Japan’s Prime Minister Condemns Apparent Execution of Journalist by IS
According to the statement, the UN Secretary General is also calling "for the unconditional release of all hostages held by Daesh [IS]".

The most recent Goto video IS extremists have released shows the Japanese hostage kneeling in front of a masked man armed with a knife. Japanese Defense Minister Gen Nakatani has said he could not refute reports of Goto's killing.

Japanese Hostage Reportedly Beheaded by Islamic State Militants
On Thursday, Jordan's Information Minister said the country had demanded IS to prove that Kasaesbeh was still alive, but received no response from the militants.

Goto and Kasaesbeh were abducted by IS in Syria in 2014.