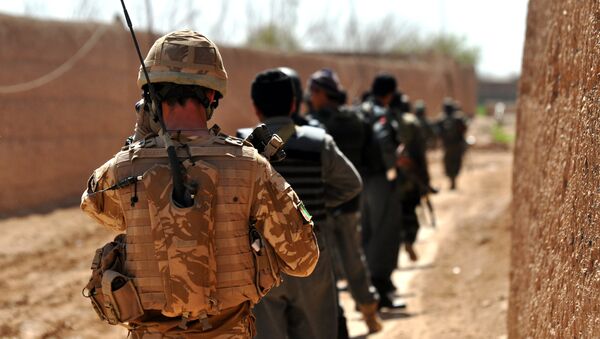 The UK is reportedly forming a new army unit for Internet 'trolling', which will include at least 2,000 people.

Google Chairman Predicts the End of Internet
MOSCOW, January 31 (Sputnik) — The British Army may create a special Internet 'trolling' brigade, which will be skilled in waging psychological warfare suited for the "modern information era" and operate through a spate of online forums, such as Facebook and Twitter, according to the Russian news agency RIA-Novosti.

The Independent reports that members of the Internet 'trolling' unit will deal with non-lethal forms of psychological warfare using social media.

The Chief of the British Army, General Sir Nick Carter said that the new plan is to adapt to the "asymmetric" battlefields of the 21st century, where "tactics and strategies differ significantly between enemies, such as with the Islamic State group."

Carter added that "77 Brigade is being created to draw together a host of existing and developing capabilities essential to meet the challenges of modern conflict and warfare."

He was echoed by the British Ministry of Defense, which stated that the new unit "has been formed to respond to the ever changing character of modern conflict and to be able to compete with agile and complex adversaries."

Recruitment for the brigade is due to start in April 2015, with its members most likely coming from the Royal Navy and RAF as well as from the Army.

Set to be stationed in Berkshire county, the brigade will be additionally tasked with implementing a host of projects to provide humanitarian assistance and bolster civil society and local security forces.