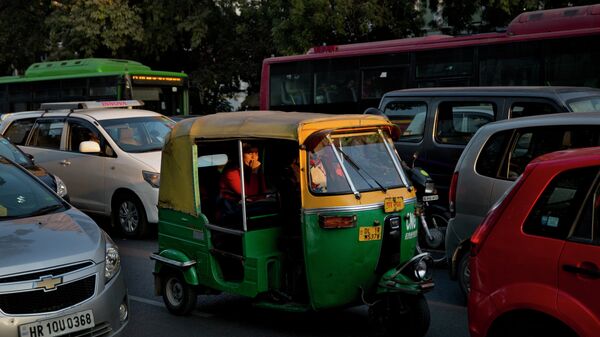 An Indian woman allegedly raped by a driver on the app-based Uber service is suing the company in court for failing to ensure passenger safety.

Rape of Woman by Uber Driver in India Leads to Ban on App-Based Taxis
MOSCOW, January 30 (Sputnik) — A woman allegedly raped by an Uber driver has filed a suit against a company in which she accuses the company of failing to ensure passenger safety, according to India Times. AFP reports that the company is being sued for "physical and emotional harm."

"Despite its self-proclaimed commitment to safety, opening the Uber app and setting the pick-up location has proven to be the modern day equivalent of electronic hitchhiking," the lawsuit states, according to AFP.

India is Uber's largest market after the US, according to Reuters, and the app-based ride service was banned there following the attack, which occurred on December 5. However, services restarted in the country on January 23, and the company applied for a taxi license. Meanwhile, the service will operate without taking commission from drivers, according to the India Times.

Indian Activists Raise Awareness of Sexual Assaults on Moving Bus: Reports
The BBC reports that Uber's spokeswoman said that the company's "deepest sympathies remain with the victim of this horrific crime."

In the company’s marketing materials, Uber tells customers that it employs background checks for its drivers, and uses a female customer’s testimony to illustrate the sense of safety using Uber brings because drivers are accountable for their actions. However, this is not the case in India, where drivers did not face background checks at the time of the attack.

The woman's lawyer is Douglas H. Wigdor, who has a high profile after representing a hotel maid who accused a former International Monetary Fund chief in 2012 of sexual assault, according to Reuters.

Ban Ki-moon Urges Action Against Rape and Sexual Abuse of Women in India
Rape is a highly publicized issue in India, which came to the international spotlight after a female student was fatally gang-raped on a bus in Delhi. The incident led to mass protests and a national debate on the problem.

The issue has also created public debate in India over the regulation of app-based taxi services, with some media outlets criticizing the decision to ban them in Delhi, and suggesting greater oversight of the industry. An online petition was launched on Change.org in December, asking Uber to conduct background checks in India, criticizing the company for its “double standards.”