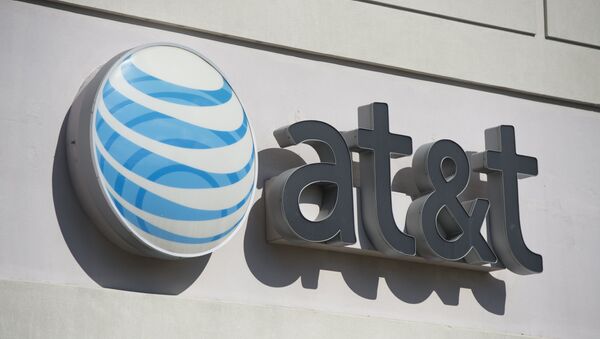 Russian Satellites Prohibited for Emergency 911 Calls in US
WASHINGTON, January 30 (Sputnik) — One of the largest US telecommunication corporations AT&T allegedly operated wireless stations without proper authorization and should pay $640,000 in fines, Federal Communications Commission (FCC) said in a statement.

FCC to Release 680,000 'Missing' Net Neutrality Comments in 2015
Approximately 250 AT&T stations were examined by the Enforcement Bureau, which found out that 26 of them operated without appropriate licenses for five years, according to the statement. Additionally, the company failed to notify the Commission of minor modifications of eight stations in 2014.

“A licensee’s failure to ensure that its facilities operate as authorized threatens the integrity of our network and greatly increases the risk of harmful interference, especially when, as in this case, numerous unauthorized operations continued for years without resolution,” Chief of the FCC’s Enforcement Bureau Travis LeBlanc said.

AT&T is one of the largest telecommunications corporations in the United States, with almost 120 million people using its wireless services. According to the company’s statistics, 98 percent of US population is covered by its mobile broadband.