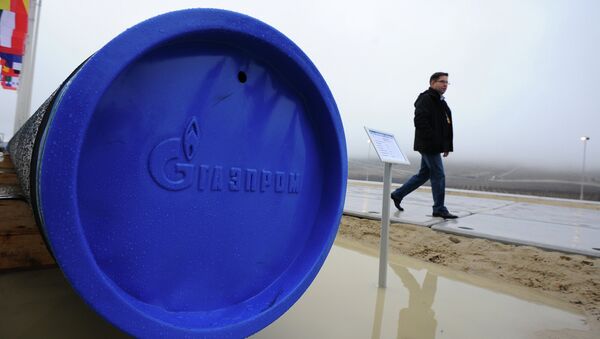 © Sputnik / Ramil Sitdikov
/
Go to the mediabank
Subscribe
International
India
Africa
The chairman of the gas program at the Oxford Institute for Energy Studies commented on the Russia's plan to construct a pipeline to Turkey, saying that it was highly realistic.

Lavrov Says South Stream Project Over, Europe Interested in Turkish Stream
MOSCOW, January 30 (Sputnik) — Turkey is the best place in the region to create a gas hub, because it has got the big demand and it has gas coming from all over the world, Jonathan Stern, chairman of the gas program at the Oxford Institute for Energy Studies told RIA Novosti.

He added that the Turkish Stream project is highly realistic, adding that Russia's Gazprom does not need to create four pipelines.

"I think it [Turkish stream project] is highly realistic, but we believe that two lines are all they [Gazprom] need, they don't need four lines. So, we think that two lines, which will go to western Turkey, somewhere close to Istanbul, will allow them to supply the Turkish requirement that comes through the western route and also all of southeast Europe," Stern elaborated.

He added that cooperation with Turkey and delivering gas not directly to European consumers, but to the borders is "a much better strategy for Russia in the current political situation."

On December 1, 2014, Russia announced it was canceling the South Stream gas project.

President Vladimir Putin cited the non-constructive position of the European Commission, that claimed the project was in violation of the EU Third Energy Package, prohibiting the simultaneous ownership of both the gas and the pipeline through which it runs, as one of the main reasons for Moscow's decision.

On the same day, Russia's energy giant Gazprom announced its intention to construct a pipeline to Turkey. The so-called Turkish Stream will deliver Russian gas to Turkey and customers in South Europe by means of a transit hub on the Turkish-Greek border.