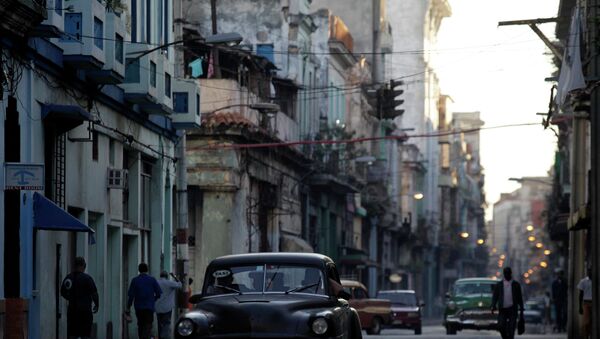 The United States still disagrees with Cuba on a number of issues, despite the recent warming of relations, White House spokesman Josh Earnest said during a daily briefing on Thursday.

Guantanamo Bay Must Remain US Territory Regardless of Cuban Demands
WASHINGTON, January 29 (Sputnik) — According to Earnest, the human rights problem in Cuba is among the issues that hinder normalization of relations between the two countries.

The White House spokesman was also asked to comment on Cuba’s requests to close the US Guantanamo Bay detention camp and the US naval base, located there. The United States has been leasing the base located on the Cuban territory for over a century now, and it can only be closed by mutual consent.

Raul Castro Urges US to Return Guantanamo Bay for Restoration of Relations
Apart from the return of the Guantanamo Bay, Cuban President Raul Castro cited lifting the US trade embargo on Cuba as one of his preconditions for normalizing relations with Washington, however US Congress has still not made a decision on that.

The third condition listed by Castro was a compensation for US policies that caused human and economic damage to Cuban people.

On December 17, 2014, US President Barack Obama announced Washington’s decision to reestablish diplomatic relations with Cuba and ease five-decade-long US trade and travel restrictions on the island. Obama stated that the United States has plans to work together with Havana in areas of mutual interest, such as health, migration, counterterrorism, drug-trafficking and disaster response.

The United States has an embargo in place against Cuba since 1961, that was initially put in place due to Cold War antagonism between Washington and the Communist government in Havana.