Guantanamo Bay Naval Base to Remain Open Despite US-Cuba Thaw 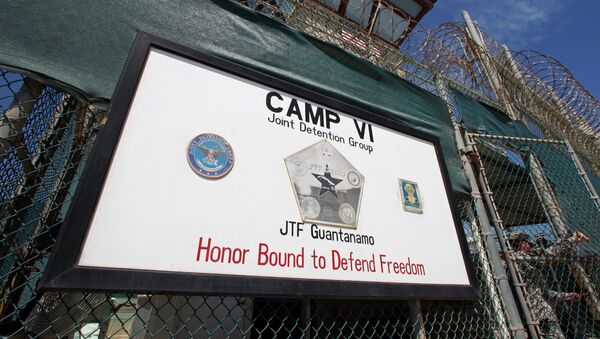 White House spokesperson Josh Earnest has announced that the US does not want to close the country's naval base at Cuba’s Guantanamo Bay, despite the Obama Administration's intention to close the base's infamous detention camp.

Guantanamo Bay Must Remain US Territory Regardless of Cuban Demands
WASHINGTON, January 29 (Sputnik) — The United States wants to hold on to the US naval base at Cuba’s Guantanamo bay, even after closing the detention facility there, White House spokesperson Josh Earnest said during a press briefing on Thursday.

“The naval base is not something that we believe should be closed,” Earnest said, adding that closure of the Guantanamo naval base has not been part of US discussions with Cuba.

Raul Castro Urges US to Return Guantanamo Bay for Restoration of Relations
Earnest added that US President Barack Obama believes that the prison at Guantanamo bay must be closed.

Cuban President Raul Castro has urged the United States Wednesday to return the territories of Guantanamo Bay, including the military base located there, and lift the trade embargo in order to improve the bilateral relations between the two countries. The naval based was established following the Cuban–American Treaty of 1903 and is the oldest overseas US Naval Base; its detention center opened in April, 2002.