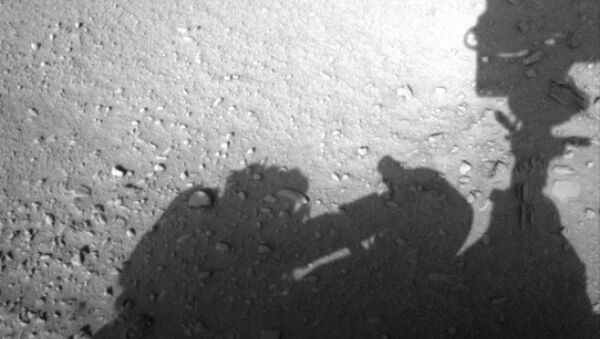 A camera on NASA’s Curiosity Mars rover has sent back a photograph that purportedly captured the shadow of a human being on the surface of the Red Planet.

Inflatable ‘Donut’ to Bring Astronauts to Mars
MOSCOW, January 29 (Sputnik) — The image created a big buzz in the media, with many of the so-called ufologists claiming the shadow belongs to a human or human-like alien "messing with" the rover, the Huffington Post reports.

"The person has no helmet and his short hair is visible and in high detail," Taiwan-based ufologist Scott Waring wrote in a post on his UFO Sightings Daily. "The person has air tanks on his back and a suit that covers most of the body except the hair."

Waring wonders if the image indicates that the rover isn't really on Mars but right here on Earth — or that humanoid aliens live on the Red Planet.

There is also a possibility that the shadow only looks like a human being, with skeptics arguing that it is just the rover’s robotic arm in a retracted position. Dubbed as Chimra, the arm is used to pick up samples of Martian rock.

Scientists never tire of looking for signs of life on Mars and have already discovered traces of methane, phosphorus, nitrogen, sulfur, carbon and hydrogen on and under the planet’s surface.

Just recently prominent geobiologist Nora Noffke, an associate professor at Old Dominion University in Norfolk, Virginia, said there was an amazing similarity between Martian rock and petrified remnants of microbes than once lived on Earth.

And still, it may be take us some more time to get any direct proof that life once existed on the faraway Red Planet. 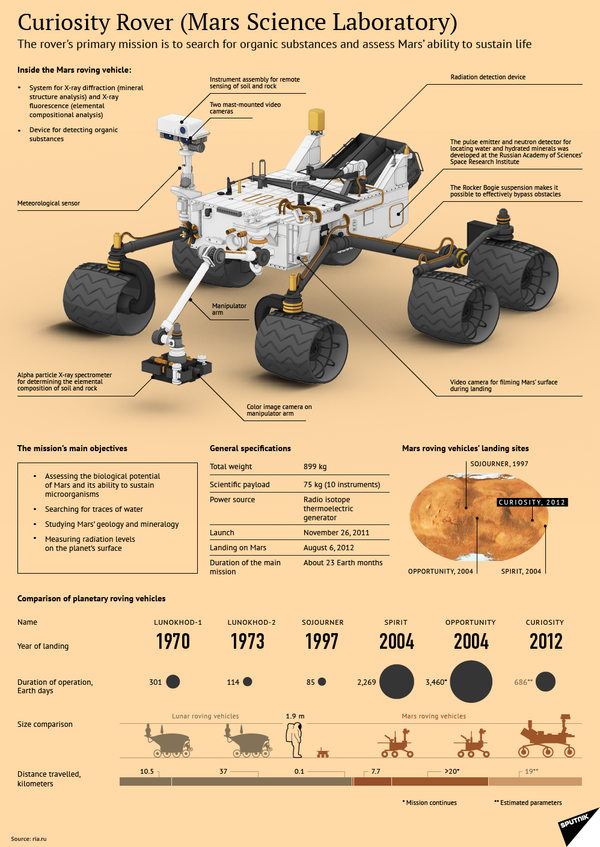