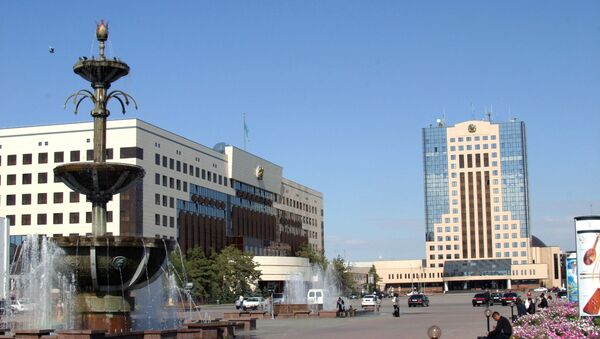 UN Expert to Visit Kazakhstan to Assess Country’s Freedom of Association
UNITED NATIONS, January 28 (Sputnik) — Kazakhstan's government is limiting rights to peaceful assembly and freedom of association though they are enshrined in the country's constitution, the United Nations Human Rights Council said in a press release on Wednesday.

UN Special Rapporteur Maina Kai branded it a pressing issue, stating that all peaceful assemblies in Kazakhstan must be authorized by local authorities. Officials rejected locations requested for assemblies in eight cities, and detained some people to prevent them from attending.

"International human rights law is clear that limitations on this right cannot impair the essence of the right itself. Unfortunately, in Kazakhstan today the freedom of assembly is treated as a privilege, or a favor, rather than a right," Kai said, following his visit to the country.

According to Kai, there are several laws and practices that limit the freedom of political parties and trade unions, as well as public and religious associations, to operate in the country. Several public associations have been refused for "flimsy reasons," Kai said.

During Kai's nine-day-long visit to Kazakhstan, he met several state officials, and members of judiciary, Parliament, civil society and the diplomatic community.