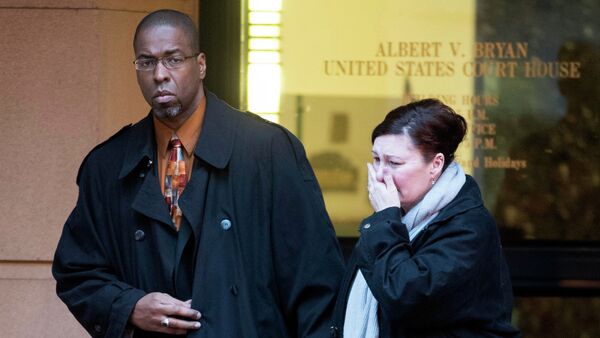 CIA Whistleblower Jeffrey Sterling's Case Now in Jury's Hands
Risen, who published a book titled "State of War" detailing the mission, refused to reveal the identity of his source despite years long pressure from the government. Ultimately, the US Department of Justice decided not to force him to testify during Sterling's trial.

The prosecutors portrayed Sterling as a disgruntled employee, who was trying to get back at the CIA by providing classified information to a reporter. Sterling, 47, was fired from the agency in early 2000s. However, they failed to prove that the former CIA employee was the one, who leaked the information to the press.

The evidence against Sterling was largely circumstantial and he always denied the charges. Sterling’s defense team said that several Capitol Hill staffers were familiar with the operation and could be the source of the leak, according to the AP.

Attorney General Eric H. Holder called the verdict a "just and appropriate outcome," as quoted by the Washington Post. Sterling’s disclosures "constituted an egregious breach of the public trust by someone who had sworn to uphold it" and placed lives of Americans at risk, Holder added.

CIA Whistleblower Being Treated Like 'Traitor'
Sterling’s defense lawyer Edward MacMahon said that "we still believe in Jeffrey's innocence," according to the Associated Press. Sterling will be sentenced on April 24 and remains free until then.

"This is a sad day for Mr. Sterling and his wife," said Sterling’s defense attorney Barry Pollack, as quoted by the Washington Post. "We will pursue all legal avenues with the trial court and on appeal to challenge Mr. Sterling’s conviction," he added.

The New York Times described the conviction as a significant victory for the Obama administration that mounted what the newspaper called an "unprecedented crackdown" on government officials, who leak information to journalists.

#Obama's message is clear: if you have a conscience & a commitment to the truth/exposing govt lies, you WILL be destroyed #JeffreySterling