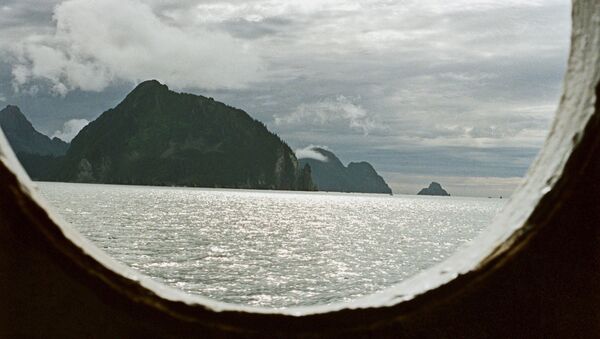 Alaska Senator Says Republicans Hope to See Obama as Partner in Keystone XL
WASHINGTON, January 27 (Sputnik) — The US Obama administration’s Monday proposal to designate 12 million acres in Alaska’s Arctic National Wildlife Refuge (ANWR) as protected wilderness area was characterized as an attack on the state of Alaska by US Senators Lisa Murkowski and Dan Sullivan at a press conference.

“This administration declared war on Alaska,” Alaskan Senator Murkowski stated on Monday, referring to US President Barack Obama’s wilderness designation as a “kick to the gut of the Alaskan economy.”

The wilderness designation by the Obama administration’s Department of the Interior, which prohibits the designated territories from being developed or explored, is one of three initiatives the administration will announce this week, Murkowski said. The additional initiatives may include putting oil-rich lands along Alaska’s Arctic coast into withdrawal status, meaning they could not be explored or developed, she added.

Alaska’s two US senators only learned about the outline of the Obama initiative on Friday, they said. “I still haven’t heard from anyone from the administration on the plan, what they intend to do,” freshman Senator Sullivan told the press.

Sullivan characterized the Obama initiative as “legally dubious”, arguing that the president did not consult with Alaskan officials prior to announcing the proposed wilderness designation.

Murkowski commented that although she received a briefing on Friday from US Secretary of the Interior Sally Jewell’s chief of staff, Jewell “apparently wasn't planning on calling me.”

President Obama announced that he will make an official recommendation to the US Congress to officially make the designation. Both Alaskan Senators and Alaska’s Congressman, Don Young argued that they will fight the measure. “We’re not going to take this. We are going to fight back,” Murkowski said.

US Arctic Council Chairmanship Should Focus on More Than Climate

The US administration’s initiative to designate large portions of Alaska’s Arctic coast as protected wilderness shows that climate change should not be the only issue the United States will focus on, as it takes the chairmanship of the Arctic Council this year, Alaskan Senator Lisa Murkowski said.

Alaska Admits Oil Price Drop Presents Job Threat to Local Economy
“I think what it says is that their sole priority when it comes to the Arctic is climate,” Murkowski said of US President Barack Obama’s Monday announcement to designate 12 million acres of the Arctic National Wildlife Refuge as off limits to development or exploration. "Climate is very important… but it is not the only issue."

During a Monday press conference on Obama’s wilderness designation initiative, Murkowski criticized the Obama administration for taking the possibility of resource development off the table for a 12 million acre land mass, saying the administration “has taken a look at Alaska and decided its a nice snow-globe up there and we’re going to keep it that way.”

The Senator has repeatedly called to make the Arctic a priority for the United States, which includes environmental concerns, as well as developing the territory, the natural resources, and maintaining respect for the indigenous people of the region.

The Alaskan economy has an overwhelming dependence on oil revenues to support the state budget which is facing a $3.5 billion shortfall in the coming year, Alaska's governor's office stated last week.

The wilderness designation is the highest level of protection available to public lands and bars development and exploration, according to the Department of the Interior.