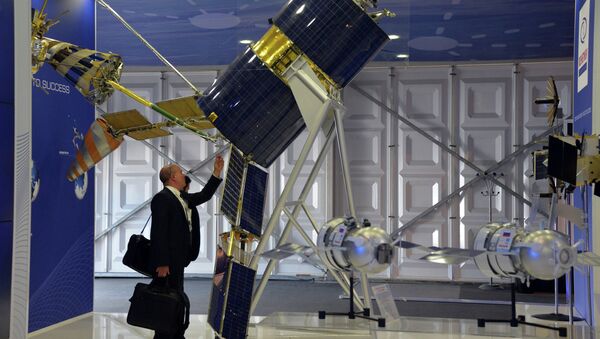 Russian Scientists Develop 'Underwater Wi-Fi' to Control Sea Robots
MOSCOW, January 26 (Sputnik) – The trio of Gonets-M probes will blast off from Plesetsk in early March, their maker, Reshetnev Information Satellite Systems, has announced on its website.

Defense Minister Sergei Shoigu visited the RISS headquarters last week to oversee the construction of the six space satellites being manufactured for the Russian military.

"The Gonets-M satellites have been delivered to the space launch center on board an Il-76 transport plane and they will soon be readied for launch, scheduled for early March,” the statement says.

The three probes will join the Gonets-D1 constellation of multirole satellites to ensure communication and e-mail format data transmission in Russia’s Far North and remote areas.