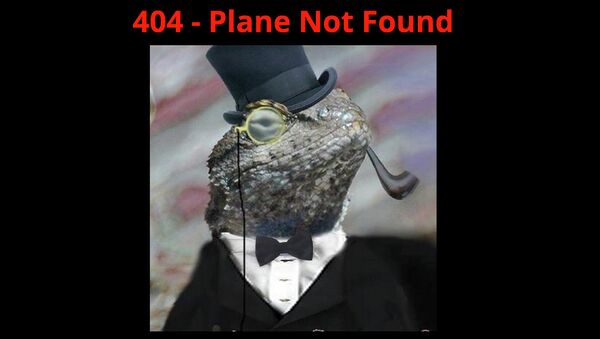 MOSCOW, January 26 (Sputnik) — A group, calling itself Lizard Squad or the Official Cyber Caliphate hacked into the Malaysia Airlines’ website, which currently redirects to a page titled "404 — Plane Not Found" in an apparent reference to MH370 that went missing last year.

Write Lizard Squad on your forehead, thanks. @MAS

The page also displays an image of a lizard wearing a tuxedo, a top hat and a monocle. A rap song can be heard playing in the background.

The Guardian reported, that the website also displayed the phrase "ISIS will prevail" but it has since been removed. ISIS, also known as the Islamic State, is a radical Sunni group, which currently controls large parts of Iraq and Syria.

In an official statement, Malaysia Airlines confirmed that its domain name was compromise but denied that Lizard Squad hacked into its servers, saying they were intact. The company referred to the hack as a temporary glitch assuring customers that it "does not affect their bookings and that user data remains secured."

However, the Lizard Squad promised to "dump some loot found on" the Malaysia Airlines’ website later.

Going to dump some loot found on http://t.co/D9XYneQoaK servers soon

[MEDIA STATEMENT]: We would like to point out that @MAS is lying about user data not being compromised. Refer to earlier imgur link.

Malaysia Airlines said it would take up to 22 hours to resolve the issue.