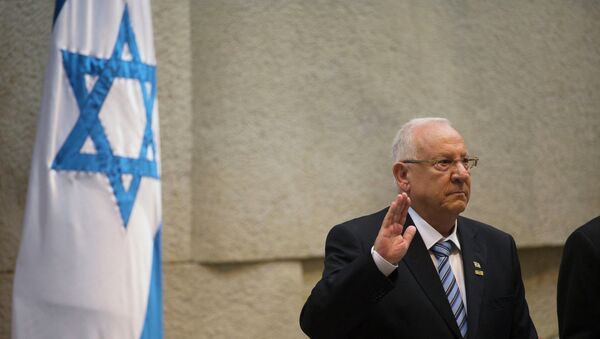 Israeli President Reuven Rivlin reportedly declined the invitation of the White House to meet with US President Barack Obama.

MOSCOW, January 26 (Sputnik) — Israeli President Reuven Rivlin declined the invitation of the White House to meet with US President Barack Obama during his upcoming visit to the United States, Haaretz reported Monday.

According to the newspaper, the reason behind the refusal was the difficulties in coordinating the schedules of the two presidents.

Obama Declines to Meet Netanyahu Ahead of Israeli Elections
Israeli Prime Minister Benjamin Netanyahu also does not plan to meet Obama during his visit to the United States in early March. Earlier White House National Security Council Spokesperson Bernadette Meehan said that US President Barack Obama will not meet with Israeli Prime Minister Benjamin Netanyahu when he comes to Washington, DC due to the proximity of the visit to Israeli elections.