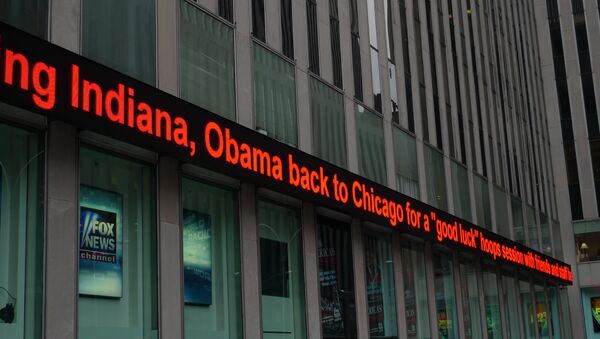 A former employee shot and killed himself in front of Fox News headquarters in New York Monday morning.

Phillip Perea, 41, who used to work as a producer for Fox station in Austin, Texas, had handed out fliers saying that Fox has “ended [his] career,” moments before he shot himself in the chest.

Perea was found with a gun and a suicide note that criticizes his former employer, according to a law enforcement official.

The former Fox employee has been taking to his Twitter page to complain about the news network.

About an hour before he took his own life away, he posted a video that explains the dispute between himself and the company.

Philip Perea was rushed to Bellevue Hospital Center, where he was pronounced dead about an hour later, police said.

New York Police Department detectives were at the scene investigating Monday and access to the building was restricted.

Fox News has not commented on the incident.