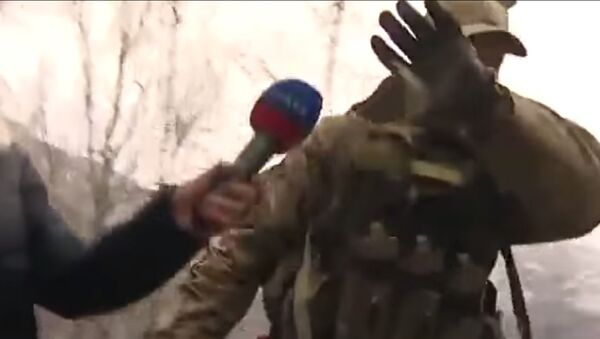 © YouTube screenshot
Subscribe
After the deadly strikes on the Ukrainian city of Mariupol over the weekend, a new video has emerged that raises questions about the U.S.’s involvement, and Obama’s pledge of no military involvement in the country.

The video, released two days ago, shows a journalist making her way through the city streets. She attempts to question a soldier dressed in Ukrainian military fatigues, asking “tell me, what happened here.” But the soldier covers his face and responds, “Out of my face. Out of my face.”

In the video, the journalist speaks Russian. The soldier speaks American-accented English.

This isn’t the first time allegations have emerged of U.S. participation in Ukraine. Last March, YouTube videos aroused speculation that American mercenary troops were in the streets of Donetsk, in the southeast of the country.

“Blackwater! Blackwater!” demonstrators in the video shout, suggesting that the armed men were part of the infamous private security firm that played a crucial role in the U.S.-led invasion of Iraq. Some view Blackwater, now known as Academi, as a way for the U.S. to create a show of force without official military involvement.

“On the face of it, the uniforms of the people in the videos are consistent with U.S. mercs – they don’t look like Russian soldier mercs,” said Dr. Nafeez Ahmed of the Institute for Policy Research & Development. “On the other hand, why run around in public making a show of it?”

Reports of foreign volunteers fighting with Ukrainian National Guard battalions are not unheard of. Many of these volunteers are right-wing sympathizers and are not necessarily associated with any foreign government, but rather came to fight to fight alongside their ideological allies. It’s not a secret that many National Guard battalions in Ukraine consist of ultra-right nationalists who brandish Nazi-themed insignias, like infamous battalion Azov whose members were accused of series of atrocities in eastern Ukraine. 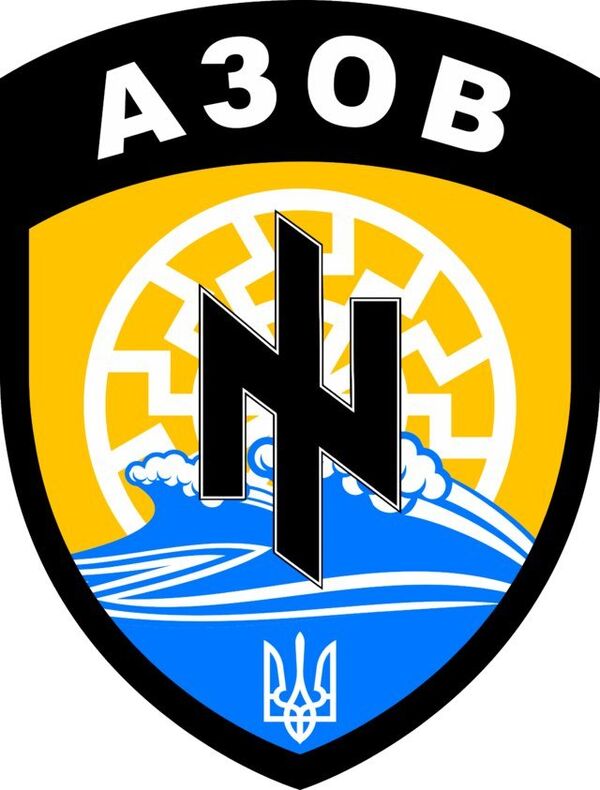 The shield of the Azov Battalion resembles a swastika.
© Public Domain

Still, a soldier speaking fluent English in the midst of a key Ukrainian city has caused many to raise eyebrows. Especially, since U.S. troops are preparing to officially deploy in Ukraine.  As Sputnik reported last week, Lt. General Ben Hodges, the head of U.S. Army Europe, confirmed that American soldiers will be sent to the Yavoriv Training Area near the city of L’viv this spring to start a multimillion program aimed at training and equipping Ukraine’s National Guard.