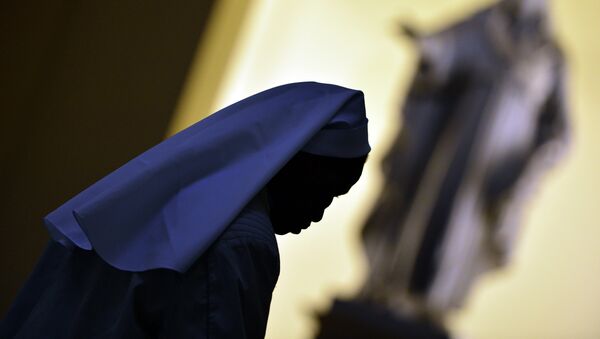 © AFP 2021 / GABRIEL BOUYS
Subscribe
The nun claimed that she was unaware of her pregnancy.

Pope Assassination Plot Prompts Vatican to Tighten Security
MOSCOW, January 25 (Sputnik) — A nun had no idea she was pregnant and failed to understand that her stomach pains were a sign of labor, however the event is not being seen as a "virgin birth," the Independent reports.

The nun, a native of Bolivia who arrived at the convent in June,  is a member of the Missionary Sisters of the Love of Christ in Macerata, an order located in the Le Marche region of Italy. The woman claimed that she was unaware of her pregnancy.

The convent had already expressed interest in caring for the newborn child, the newspaper adds.

Citing the Italian newspaper L’Unione Sarda, the Independent also points out that the woman was described by the convent as “not a nun”, but as “a girl that we are helping”, hinting at a possibility that the new mother might have not yet taken her vows.