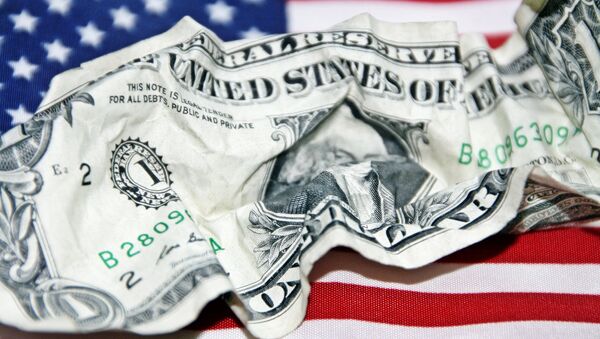 Deputy governor at Iranian Central Bank stated that Iran no longer uses the US dollar in foreign trade transactions, replacing it with other currencies.

Iran, US Talks ‘Tense’, Too Early to Speak of Progress
MOSCOW, January 24 (Sputnik) – Iran no longer uses the US dollar in foreign trade transactions, replacing it with other currencies, the deputy governor at Iranian Central Bank told the Tasnim News Agency Saturday.

The official added that Iran was considering bilateral currency swap agreements, allowing partners to exchange one foreign currency for the equivalent in the other currency.

In early 2014, Justin Yifu Lin, the former World Bank Chief Economist, blamed the dominance of the US dollar for global economic crises and said it should be eliminated as the world’s reserve currency.

According to Lin, the solution would be to replace the national currency with a global currency.

Several countries have been avoiding the US dollar in foreign trade, including Russia, China, India and Turkey, often paying for products in gold or other agreed on currencies.