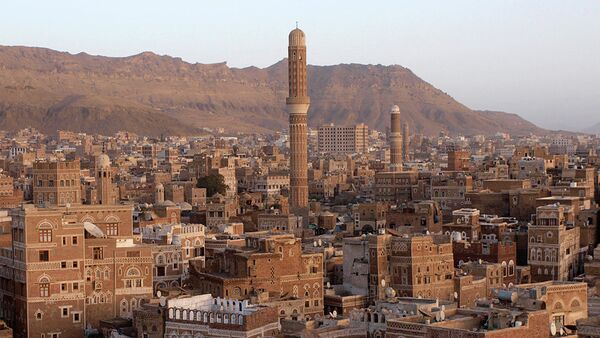 The media is abuzz with talk of a ‘Houthi coup’ in Yemen, but the real coup was attempted by President Hadi, who tried to backtrack on the power-sharing agreement he originally signed. Saudi Arabia silently supported this, but once the Houthis responded, they became hysterical.

Saudi Arabia passively assented to President Hadi’s violation of the September power-sharing agreement, believing that he could effectively pull off a coup while no one was looking. They saw the document as a ploy to get the Houthis to surrender their mid-September gains and voluntarily weaken their position, which could then set them up for a devastating government counterattack sometime in the future.

The Houthis understood this, hence why they continued to deploy their forces in strategic locations throughout the country until the UN-brokered agreement could actually be carried out in full. When Hadi treacherously turned on them, they rightfully responded with a show of force designed to pressure him into reversing his decision, and not once did they say they wanted his removal. The dangerous stress of being a pawn in a larger power game proved to be too much for him, however, and he promptly resigned, thus leaving Saudi designs over the country unexpectedly in shambles.

From Power Grab To Power Sharing

The roots of the current crisis can be traced back to the federalization plan that President Hadi signed into law last February under the guidance of the Saudi-led Gulf Cooperation Council (GCC). The idea was to gather the country’s 21 governorates into 6 federalized entities, but there was immediate backlash from the Houthis and Southerners (who previously ruled their own country, South Yemen, until unification in 1990) who said that such a plan would dilute their already miniscule influence within the government, largely due to the fact that the proposed national divisions cut into their respective power bases. Nonetheless, Hadi was adamant in going forward with the plan, largely due to it being backed by his GCC minders.

Saudi Arabia’s greatest geostrategic vulnerability is Yemen, and it functions as a sort of Achilles’ heel for the Kingdom. Riyadh’s decision makers believe that if their neighbor isn’t authoritatively under their control, then it will drift under the influence of another power, perhaps even regional bogeyman Iran, whom the Saudis have developed an Israeli-like obsession over. Their paranoia led to the development of the false assumption that Iran could use the Shiite Houthi movement to gain power over the country. To preempt this from happening, the Kingdom exported the Wahhabist weaponization of the ‘Sunni-Shia rivalry’ to Yemen in order to enact a divide-and-rule policy that they could use to gain influence over their neighbor (as they had already practiced with bloody efficiency in Syria, Iraq, and Bahrain prior to that).

When the Houthis’ successful pushback brought them to the streets of Sanaa in September, the Saudis ordered Hadi to acquiesce to a power-sharing agreement to prevent what seemed to be his imminent downfall and buy time for a counter-offensive.  The deal was never intended to be implemented, and its only goal was to misleadingly assuage the Houthis to enact concessions against the gains that guaranteed their negotiating position. It must be said at this point that the Houthis’ September success was due in large part to the support that they had throughout the entire population, as their victory at the time represented the closest that Yemen had ever come to having an inclusive and democratic government.

The Saudis planned that Hadi would roll back the terms of the power-sharing agreement to as little fanfare as possible, but the Houthis unexpectedly caught wind of the timing and captured his chief of staff in the hopes that he would reconsider. When Hadi showed no signs of backing down and instead became emboldened by the GCC to twist facts and call the Houthis the aggressors, the group saw the writing on the wall that foreshadowed the renewal of military hostilities, and accordingly, they reacted to defend the original UN-brokered power-sharing agreement. While they could have easily deposed of Hadi after securing his personal residence and fortifying the presidential palace, they chose not to, as their only interest was in safeguarding the sanctity of the previously mentioned agreement.

Hadi realized the corner he had backed himself into and reluctantly said he would follow through with his former promises, only to suddenly resign almost immediately thereafter. All in all, this meant that instead of rolling back the Houthis’ influence and reverting back to the pre-agreement status quo that destabilized Yemen in the first place (as was planned), it was Saudi influence that was rolled out of Yemen with Hadi and his Cabinet’s surprise resignation.

Tricks Up The Saudi Sleeve

Although the Saudis’ direct political influence over Yemen has fallen apart, don’t count them completely out of the game just yet. The Kingdom has a few aces they could play in an attempt to restore their influence:

The Saudis may push their sectarian rhetoric about an ‘Iranian-supported Shia coup’ in order to provoke the type of divisive communal violence that could place a hand-picked puppet into power and restore their suzerainty over the country.

There’s been a deceitful narrative being spread that the Houthis are responsible for Al Qaeda’s resurgence in Yemen (just as they falsely say President Assad is responsible for ISIL in Syria), and by playing this to its maximum, the GCC and/or the US may then stage a selective military intervention in the country under an ‘anti-terrorism pretext’ (either via more drone strikes or actual conventional bombings) to destabilize the Houthis’ attempts to assert governance.

The Next Pariah State:

The most passive action that the Saudis could do would be to lead a diplomatic campaign to make Yemen the next international outcast, with the flawed hopes that such isolation (presumably marked by sanctions) would preclude the collapse of any Houthi-supported government and create a vacuum where Riyadh could indirectly reassert its dominance.

With former Defense Minister Salman now at the helm of state, the Saudis are expected to hit back as hard as they can against the phantom ‘Iranian menace’ that they’re attributing their Yemeni failings to. No matter which form it takes, it’s not going to be pretty.