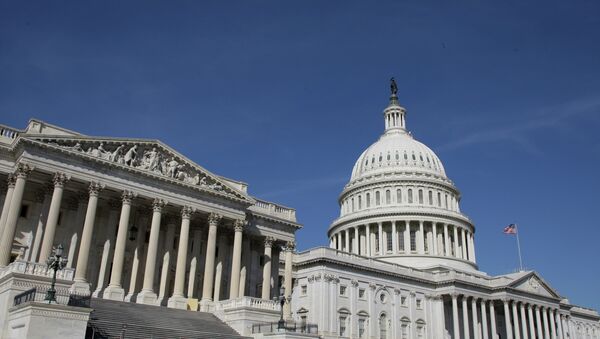 © Sputnik / Igor Mikhalev
/
Go to the photo bank
Subscribe
Executive office of US President Barack Obama stated that White House protests against the controversial No Taxpayer Funding for Abortion Act that would exclude abortions from private healthcare plans.

WASHINGTON, January 22 (Sputnik) — White House protests against the controversial No Taxpayer Funding for Abortion Act that would exclude abortions from private healthcare plans, the executive office of US President Barack Obama said in a statement on Thursday.

Current federal policy, introduced by US President Barack Obama’s executive order in 2010, prohibits the use of federal funds for abortion with the exception of rape, incest, or life-threatening cases.

Pregnant Woman Kept on Life Support due to Abortion Laws in Ireland
No Taxpayer Funding for Abortion Act, sponsored by Republican congressman Christopher Smith was first introduced in US Congress in 2013 and passed only in the lower chamber. On Wednesday, Smith reintroduced the bill in the new House of Representatives.

“If the President were presented with H.R. 7 [No Taxpayer Funding for Abortion Act], his senior advisors would recommend that he veto this bill,” the statement underscored.

It explained that the bill under consideration of the US House of Representatives will interfere with consumers' private health care choices.

“The legislation would intrude on women's reproductive freedom and access to health care; increase the financial burden on many Americans; unnecessarily restrict the private insurance choices that consumers have today,” according to the statement.

In 1973, US Supreme Court ruled that it is a constitutional right of women to have an abortion during an early stage of pregnancy, since then it has been a topical issue. On the 42 anniversary of the ruling this Thursday, thousands are protesting in Washington, DC against the Supreme Court’s landmark decision.

According to Abortion Incidence and Service Availability in the United States research, in 2011 US abortion rate reached its lowest peak since 1973 and declined to 16.9 abortions per 1,000 women.