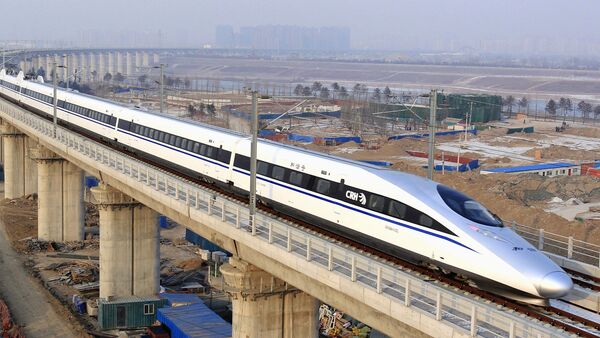 According to Bloomberg, China is promoting its high-speed rail technology on an international level, adding that the construction of the railway is taking place as Russia's relations with the US and Europe cool over the Ukraine conflict.