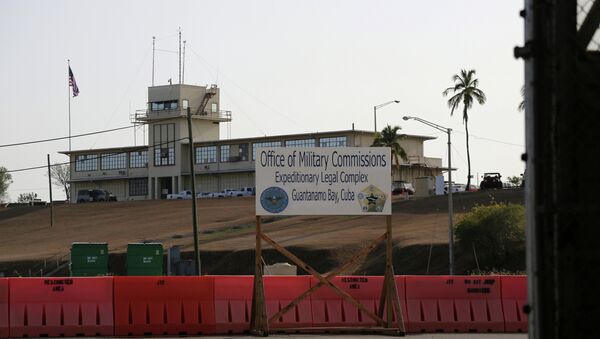 US Senator Calls Release of Al-Qaeda Operatives From US Prisons ‘Insane’
WASHINGTON, January 22 (Sputnik) — US Navy Commanding Officer of the station at Guantanamo Bay was fired due to distrust in his ability to command, US Navy said in a statement.

Commanding Officer Nettleton is currently under investigation and the Navy considers it inappropriate to comment on the issue at the moment, according to the statement. He was temporarily reassigned to Jacksonville, Florida.

Nettleton, who has been a commanding officer since June 2012, is investigated over an affair with a civilian woman from the base, whose husband Christopher Tur has been recently found dead in Guantanamo Bay waters, according to media reports.

The chief of staff to Commander, Captain Scott Gray was assigned as acting commanding officer at the base, the Navy statement said.

The United States has been renting a part of southeastern Cuban shore for a naval station in regulation with the Cuban-American Treaty of 1903. The base supports the US Navy and Coast Guard ability to operate in the Caribbean sea, according to the press release.