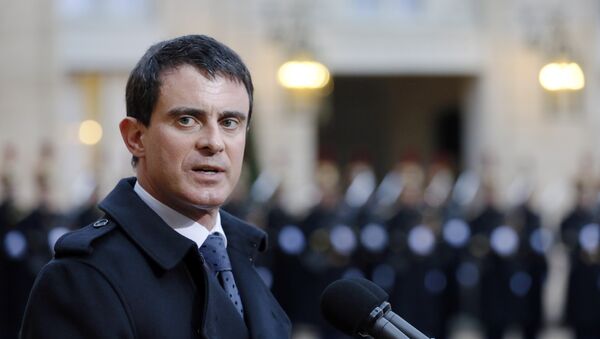 The Prime Minister also mentioned that the number of people linked to militants in Iraq and Syria increased by 130 percent within one year. Therefore, to fight effectively against extremism, Valls said France would spend 424 million euros ($490 million) and create 2,680 new jobs, AFP says.

"The number one priority, the number one requirement, is to further reinforce the human and technical resources of intelligence services," Valls said, as quoted by i24 News.

Out of all new jobs, almost 1,500 will be in the police force, mostly in intelligence. In addition, 60 Muslim clerics will be recruited, while other posts will be opened at the ministries of justice, defense and finance, Valls said, according to the BBC.

Pentagon Vows Help to France Amid Raised Terrorist Threat
Valls also added that French security forces would have better weapons and protection, including bullet-proof vests. “We will pursue this fight against terrorism relentlessly,” Valls said, cited by the BBC.

France has deployed over 10,000 of its troops across the country to protect public places from possible terrorist attacks, the BBC reports.

Prime Minister also spoke about a deep ethnic and religious divide within the French society. He said France had a “deeply rooted problem”, comparing the current situation to “territorial, social, ethnic apartheid”, i24 News says.

European Right to Capitalize on French Tragedy by Exploiting Islamophobia
The remarks drew criticism from members of the Muslim community. The President of the Union of Muslim Associations in Seine Saint-Denis Mohammed Henniche said the mere use of the word “apartheid” was against the spirit of solidarity.

“It gives the impression that the problem is the Muslims, but Muslims are the victims here,” Henniche said, as quoted by i24 News. “There is a problem with French people of immigrant background, but it is a problem of racism, of unemployment, of segregation. France needs anti-discrimination laws, not anti-terror laws,” he added.