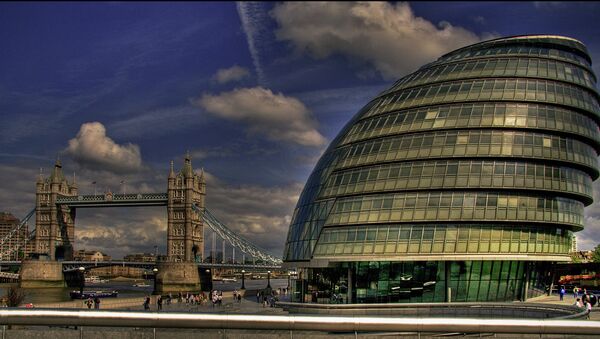 The UK Home Secretary is currently considering a pilot project to install electronic equipment to alert for gunfire at hospitals, museums, train stations and shopping centers.

Australian Federal Police Increases Terrorist Threat Level to ‘High’
MOSCOW, January 20 (Sputnik), Anastasia Levchenko — A pilot project to install equipment to alert for gunfire at UK public buildings, proposed by the Greater London Authority (GLA), is under Home Secretary's consideration and may contribute to security amid the current terrorist threat in the EU, a source at the GLA Conservatives told Sputnik Tuesday.

"At present we are awaiting response from the Home Secretary on the issue, and until further confirmation is received it is too early to set down a firm timetable for any possible implementation, and what the final cost of such a scheme would be. However, it is believed that the technology could be very useful in combating potentially dangerous situations in target buildings," a press officer for the Greater London Authority Conservatives told Sputnik.

Security Strengthened for Paris Fashion Week due to Terrorist Threat
The press officer also confirmed that at present the cost of the pilot project is estimated at £3 million ($4.5 million).

The project foresees the installment of electronic equipment to alert for gunfire at hospitals, museums, train stations and shopping centers. The equipment will have microphones and infrared cameras to identify gunfire and automatically alert the police. The procedure could considerably speed up the police response, thus raising the level of security.

An automatic alert system "would remove the need to make emergency calls in the first place, cutting response times by several minutes and saving lives in the process," according to a written statement by GLA Conservative Roger Evans' sent to Sputnik.

"Furthermore, the system would be unintrusive – reducing the need for heavy metal detectors, x-ray machines or an on-going armed presence," he added.

Russian Citizens Arrested in France Have No Ties to Paris Terrorist Attacks
The detectors are proposed to be installed in 50 undisclosed sites around the United Kingdom.

The proposal comes in the wake of recent terrorist attacks by radicalized Muslims in Paris, resulting in the deaths of 17 people in the Paris area. On January 7, gunmen killed 12 people at the Paris office of Charlie Hebdo magazine, known for publishing cartoons, lampooning political and religious leaders, including the Prophet Muhammad. The next day, another gunman, believed to be associated with Islamic State, shot a police officer dead near the French capital. The following day the same gunman killed four hostages in a Paris kosher food shop.