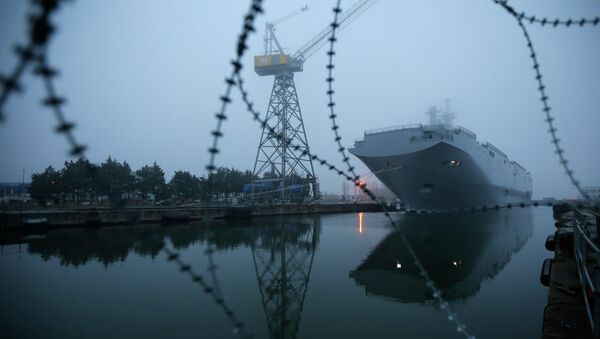 According to a recent opinion poll, 72 percent of French citizens believe that failure to deliver Mistral-class helicopter carriers to Russia will have direct negative consequences for France's defense sector and affect other contracts.

EU Parliament Supports France's Call to Postpone Mistral Delivery to Russia
MOSCOW, January 20 (Sputnik) — The majority of the French citizens, 64 percent say France should live up to its contractual obligations and deliver the Mistral-class helicopter carriers to Russia, an Ifop opinion poll published Tuesday has revealed.

According to the poll, which was conducted for the French La Tribune newspaper, only 36 percent of the French population is against delivering the Mistrals to Russia. Furthermore, 75 percent of those questioned say that failure to deliver "will not be effective for resolving the conflict between Russia and Ukraine."

Some 56 percent believe that failure to deliver Mistral ships to Russia will undermine France's reputation and as many as 77 percent say such a decision will have "direct [negative] consequences for French shipbuilding."

Russian Defense Minister Says Ready to Sue France Over Mistral Delivery
The majority or 72 percent of the French population say failing to comply with its contractual obligations will have a negative impact on the French defense sector and affect other contracts.

The poll also revealed that more than half of the French population, or 52 percent, believe that the Western sanctions against Russia are ineffective in resolving the Ukraine crisis. "There are doubts regarding the efficacy of Western sanctions," Damien Philippot, the head of the political studies in Ifop said.

In total, Ifop analyzed responses from 1001 French adults in the survey carried out between January 9 and January 12, 2015.

Russia Sends France Formal Inquiry on Non-Delivery of Mistral Warship
In 2011, Russian state-run arms exporter Rosoboronexport and French shipbuilder DCNS agreed a $1.5 billion deal on the delivery of two Mistral-class assault ships to Russia. France was due to deliver the first of the two helicopter carriers, the Vladivostok, to the Russian Navy by November 14, 2014 but the delivery did not go ahead. On November 25, French President Francois Hollande announced the suspension of the delivery of the first ship, citing Russia's alleged role in Ukrainian conflict as the reason for this decision. 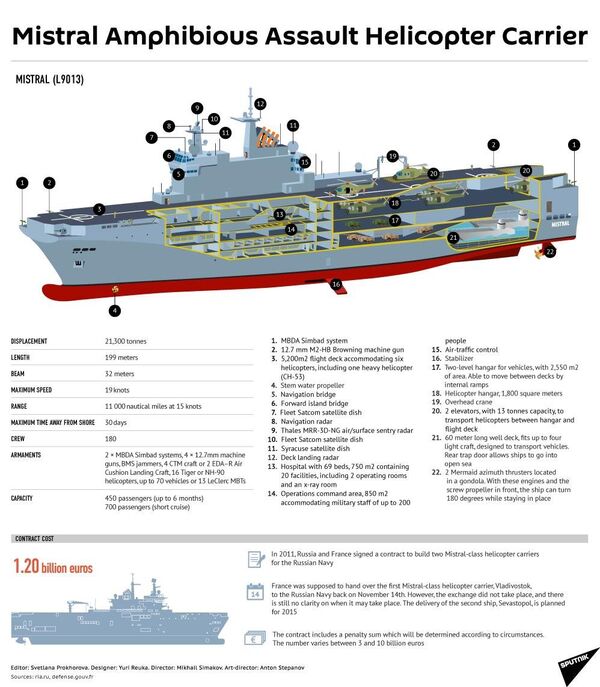