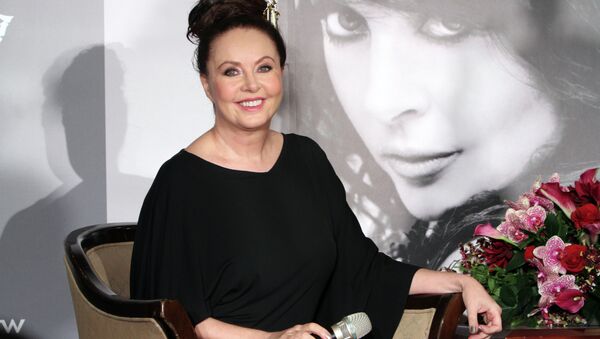 © AP Photo / Chiang Ying-ying
Subscribe
British singer Sarah Brightman began her training program to fly to the International Space Station (ISS) at the Russian the Cosmonauts Training Center. She is expected to become the eighth space tourist to visit the ISS.

"Sarah Brightman came back and proceeded to flight training at the Cosmonauts Training Center," Zubareva said.

Brightman, 54, is expected to become the eighth space tourist to visit the ISS. The singer is scheduled to fly to space within the expedition ISS-45/46 crew accompanied by Russian cosmonaut Sergei Volkov and ESA astronaut Andreas Mogensen.

Sarah Brightman to Begin Training in January for Flight to ISS
Japanese Satoshi Takamatsu will be Brightman’s stand-by. He could travel to the International Space Station after Brightman, in 2017-2018.

Brightman, the UNESCO Artist for Peace, announced her plan to fly to space back in 2012.

Before her world tour kicked off, she passed a number of tests at a medical institute of the Russian Academy of Sciences confirming that she meets the basic physical requirements for space travel. Now she will have to pass another test, because the medical approval is valid only for a year.

Nearly 40 days before the blast-off, the singer and the rest of the crew are set to pass the main medical exam.