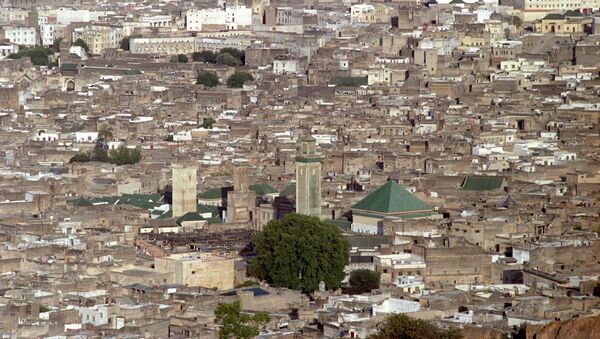 Moroccan authorities have successfully shut down part of the Islamic State's terror network operating in the kingdom which was sending fighters to the Middle Eastern conflict zone.

MOSCOW, January 17 (Sputnik), Ekaterina Blinova — Moroccan authorities announced on Saturday, January 17, that they broke up an Islamic State terror cell which was sending fighters to Iraq and Syria and planning attacks inside the country.

"According to intelligence reports, Moroccans fighting in Syria and Iraq have been trained in handling weapons and manufacturing explosives to perpetrate attacks once they return to Morocco," the kingdom's Interior Ministry reported, as quoted by Reuters.

"Some of the eight members of the cell have been convicted in other terrorism cases in the past," the official statement reads.

Morocco Imposes New Strict Punishment for IS Support
The cell has become one more extremist group dismantled by the authorities in the recent months. It was operating in the city of Meknes, as well as in the towns of El-Hajeb and El-Hoceima in the Northern Rif mountains, Reuters elaborates, citing Morocco's officials. The head of the radical group had ties to the Islamic State and assisted in sending would-be jihadists to the Middle Eastern war zone. It is believed that around 2,000 Moroccan civilians have joined the Islamic State in Syria and Iraq.

"Some 200 have returned home and all of them were arrested, mainly at the airport when their flights landed," an unnamed security source told Reuters.

According to the Magharebia news agency, one of the ISIL-related cells was detected and eliminated by Morocco's security forces in September 2014. The group was recruiting youths from impoverished suburbs of Fez, the third largest city of the kingdom. A month earlier, the Associated Press reported a Moroccan terror network operating in Tetouan, Fez and Fnideq was successfully dismantled by police in August 2014.

The state has long been facing terror threat posed by radical Islamists: in 2011 a powerful blast in Marrakesh claimed lives of 15 people. In 2003 a suicide bombing incident in Casablanca resulted in the deaths of over 45 civilians.