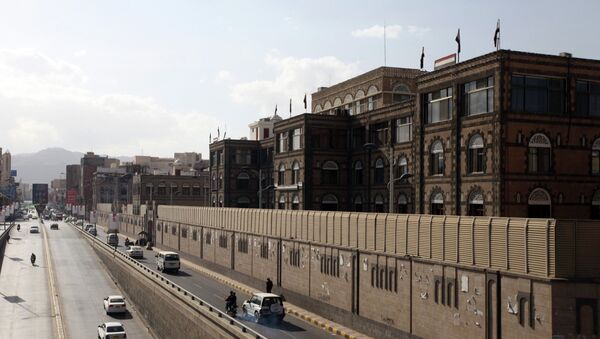 Shiite Houthi militiamen in control of Yemen’s capital claim responsibility for the abduction of President Abdrabuh Mansur Hadi’s chief of staff on Saturday, as a measure to prevent a breach of a UN-brokered agreement with the presidency.

The move was aimed to prevent a breach of the UN-brokered agreement with the presidency.

The militiamen had previously warned President Hadi of "a series of special measures" they are planning to take, adding that he "must not cover up corruption," says AFP.

The Yemeni president's chief of staff and his two guards were abducted in the country's capital city, Sanaa early on Saturday.

UN Rights Commissioner Urges All Parties in Yemen to Reach Peace Agreement
"An armed group set up a checkpoint in Hada, a southern district of Sanaa, and captured (Ahmed Awad bin) Mubarak with his companions," an official from the national dialogue secretariat told the agency earlier on Saturday.

It was earlier reported that the objective of the abduction was to prevent the high-ranking official from presenting a draft of the new constitution at a presidential meeting, Reuters reports, quoting some police sources.

The Houthi militia, which controls Sanaa, has reportedly denounced details leaked from the draft, which President Hadi has said will ensure the country does not fragment into two regions based on the former states of North Yemen and South Yemen, the agency says.

The leaked details suggest that the new constitution will divide the country into six regions. The Houthis and southern separatists believe that this would weaken their power.