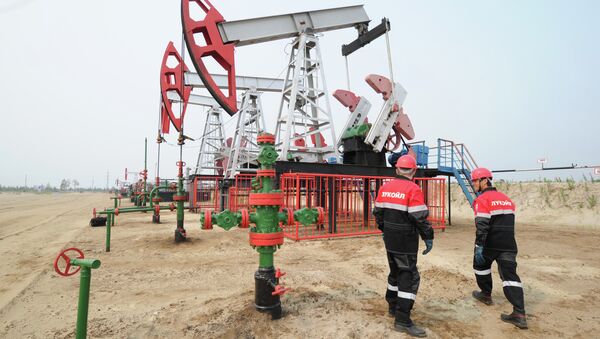 Vice President of Iraq Nuri al-Maliki says the ongoing decline in oil prices is not a normal economic situation and has not happened on its own, but was rather instigated as an economic war targeting mostly Russia and Iran.

"The economic war on countries may be more damaging and influential on humanity than conventional wars. The drop in oil prices is not a normal economic situation, it is a political process aimed at destroying the economies of specific countries," the IraqiNews website quotes the politician as saying in an interview with a number of journalists in the country’s province of Basra. "Russia and Iran are the first of those countries, and Iraq is affected incidentally."

"The economic war against these countries is complementary to the role of terrorism that kills innocent people," he added. "Economic wars are devastating the structure of the targeted countries and result in starvation of their people."

World’s Largest Oil Service Company Cuts 9,000 Jobs on Low Oil Prices
Oil prices remain near multi-year lows, having dropped from slightly over $100 a barrel in June to under $50 a barrel on Thursday. OPEC, the world’s oil cartel, has said they will maintain production levels despite falling price.

BP, the British energy giant, has announced 300 job cuts in its North Sea operations. The company employs nearly 4,000 people in the North Sea, with a further 11,000 elsewhere in Britain.

In December the company said it would cut thousands of jobs across its global oil and gas business following steep falls in the price of oil.

The world’s largest oilfield services company, the Houston-based Schlumberger, is set to cut as many as 9,000 jobs, a representative from the company told Sputnik Thursday.

On Wednesday Royal Dutch Shell announced the decision not to proceed with its $6.4 billion joint project with Qatar Petroleum — Al Karaana.

On the same day, Premier Oil said it would not proceed with its $2 billion Sea Lion project on the Falkland Islands while oil prices remain below $50 a barrel.