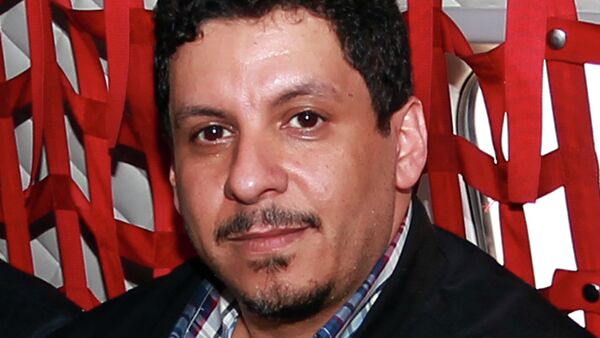 © AFP 2023 / MOHAMMED HUWAIS
Subscribe
International
India
Africa
Gunmen have abducted the head of Yemen's Office of the Presidency and his two guards in the center of the country's capital, Sanaa.

UN Rights Commissioner Urges All Parties in Yemen to Reach Peace Agreement
MOSCOW, January 17 (Sputnik) — Gunmen supposedly from the Shia Houthi militia group abducted the Yemeni president's chief of staff and his two guards in the capital, Sanaa, early on Saturday, according to AFP.

“An armed group set up a checkpoint in Hada, a southern district of Sanaa, and captured (Ahmed Awad bin) Mubarak with his companions," the agency quotes an official from the national dialogue secretariat as saying.

He was "driven away to an unknown location," the official said, adding that the abductors "are suspected of being Houthi militiamen".

The objective of the abduction was to prevent the high-ranking official from presenting a draft of a new constitution at a presidential meeting, Reuters reports, quoting some police sources.

The Houthi militia, which controls Sanaa, has reportedly denounced leaked details of the draft, which President Hadi has said will ensure the country does not fragment into two regions based on the former states of North Yemen and South Yemen, the agency says.

The leaked details of the draft suggest that the new constitution is set to divide the country into six regions.  The Houthis and southern separatists believe that this would weaken their power.

The situation in Yemen has been unstable since anti-government uprisings in the wake of the 2011 Arab Spring. Several insurgent groups are active in the country, including AQAP and the opposing Houthis, a Zaidi Shia group that has organized major rallies and seized control in parts of the country.