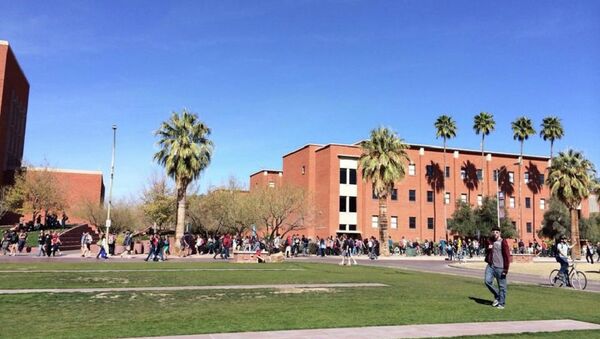 Authorities of Arizona state obliged high school students to pass the US citizenship test on civics before graduation.

MOSCOW, January 17 (Sputnik) — Arizona has obliged the state’s high school students to pass the US citizenship test on civics before graduation in an attempt to improve their knowledge of government, the Guardian reported.

“If our students don’t understand that we have fundamental rights given to us, afforded to us by our constitution, things like freedom of the press, like conversation, like assembly, like religion, like speech, can that be good?” the Republican Steve Montenegro said as quoted by the Guardian, when citing a federal study that revealed two thirds of students has poor knowledge in civics.

Number of US Students Studying Abroad Doubles in 15 Years: Study
The bill signed by Arizona governor Doug Ducey gained support from all 53 Republicans in the House and in the Senate, as well as from 10 out of 27 Democrats.

Newly approved legislature makes Arizona the first US state requiring students to pass such test. However, the Arizona-based Joe Foss institute said that 15 states are also considering supporting similar move this year, while all 50 US states might adopt the requirement by 2017.

However, those who opposed the new measure argued that the test, based on memorization only, would not improve students’ knowledge in civics.

The US naturalization civics test includes 100 questions, covering important topics on US history and government.