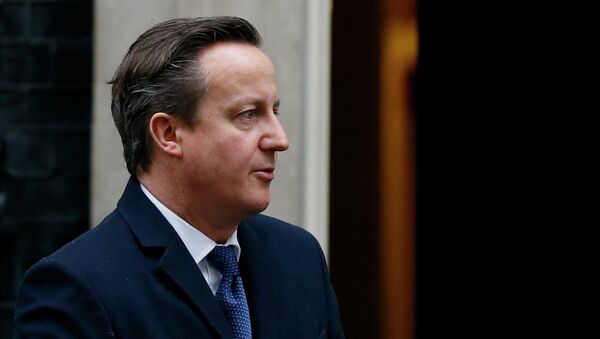 MOSCOW, January 17 (Sputnik) – British Prime Minister David Cameron says companies benefiting from the current fall in oil prices should share their profits with the employees by increasing the workers' salaries.

"Obviously I want to see that companies" success is passed through in terms of people seeing wage increases," Cameron said as quoted by The Guardian Saturday, adding that the "falling oil price is going to benefit a lot of businesses and a lot of countries".

Asia
Oil Price Drop Provides Boost to Japan's Economy
The British Prime Minister emphasized that while the companies" benefits should be "passed on", it needs to be done "in a way that is affordable, in a way that companies can continue to grow".

According to Cameron, British people who have been working for a year have seen an average pay increase of 4 percent.

Meanwhile, the British Labour Party has continuously stressed that the country is suffering from a severe cost of living crisis.

Last week, Leader of the Labour Party Ed Miliband told the Sunday Mirror that the failure of the current British government on living standards has led to a wage fall of over 1,600 euros ($1,850) a year since 2010.

The oil prices were near a six-year low earlier this week, but went up to over $50 per barrel on Friday.