Shale Gas Bankruptcy: What Does This Mean for the Future of Fracking? 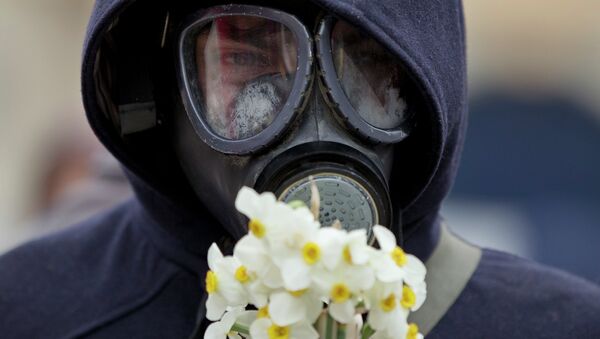 © AP Photo
Subscribe
The continuing drop in the global oil price seems to be taking its toll on the energy industry, with US shale gas producer WBH Energy filing for bankruptcy. This has triggered debate about the future of ‘fracking’ and cast doubt over the UK’s plans for the controversial technique.

It’s thought that the decision to file for bankruptcy by the Texas-based company is the first of it’s kind from a shale gas producer, as a drop in the price of crude oil to US$50 (£33/barrel) places more pressure on companies carrying out fracking operations.

The practice of fracking — which involves drilling into shale rock and then using a high-pressure mix of water and chemicals to bring gas and oil to the surface – has been considered a success in the US by providing an alternative source of energy.

However, the practice has been criticised by many industry analysts for its ‘hit and miss’ approach to extracting shale gas. Estimates and data from the US suggest that on average, only six percent of available gas and oil is acquired through fracking techniques, making it increasingly unprofitable with falling oil prices.

A Chink in the Armour?

Professor Paul Stevens, fellow in energy, environment and resources at think tank Chatham House, told Sputnik UK that it’s easy to see why the drop in oil price is impacting on the fracking industry.

“They [fracking companies] are obviously going to be cutting back all over the place, because a lot of shale gas operations are not particularly economically viable anyway. They were producing the shale gas, not because they wanted the gas, but because they wanted the liquids, because the liquids had a higher value than the gas. But of course with the price of oil going down, that’s changed to a degree. So obviously you would expect to see some cutting back.”

Ironically, the success of the US shale gas industry has led many analysts to suggest this is contributing to the drop in oil prices, which is in turn placing pressure on the fracking industry.

“Hydraulic fracturing [fracking] in the United States has provided an unexpected source of oil. However, it has contributed to an oversupply that could soon cause fracking production to shut down. US oil production is slowing down because of low oil prices,” according to industry analyst Steve Austin of energy website oil-price.net.

The decision by WBH Energy to file for bankruptcy is seen as the first chink in the armour for the fracking industry, which has been championed by the governments of the US and UK as an alternative to conventional methods of energy extraction.

However, professor Stevens believes the shale gas industry will see a reduction in investment, and says other companies could now follow suit and file for bankruptcy if global oil prices keep falling.

“If the oil price continues to fall — which I believe it will do – as it goes down below US$40 (£26/ barrel), you’re going to see a reduction in investment in new capacity [new operations], but you’re also going to start to see existing capacity [existing operations] closing in, as the price goes below the variable price of producing it, which is somewhere below US$40 (£26/barrel). So inevitably, other companies are going to be struggling.”

A Real Problem: Fracking in the UK

The fracking issue has also been widely debated in Britain, with the UK government pushing forward with plans to frack plots of land across the country, despite widespread public opposition. 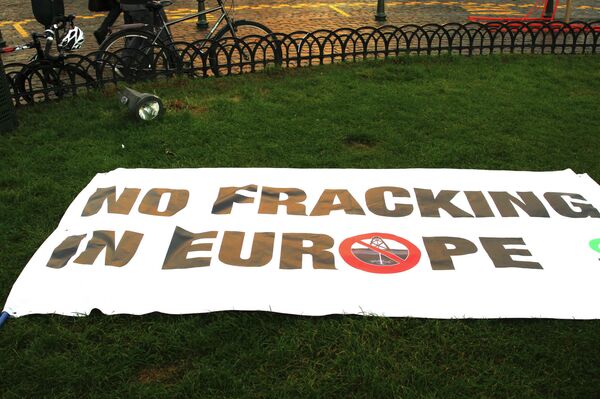 A placard by anti-fracking movement in Europe
© Flickr / Greensefa

Many environmental groups have cited the hazards of fracking, after drilling operations were found to have been the ‘most likely’ cause of small earthquakes near Blackpool in 2011, which led to an 18 month moratorium on the practice in the UK.

The Department of Energy and Climate Change (DECC) confirmed that it received nearly 90 applications for fracking exploration licences, while a decision on licence offers is expected to be made in the first half of 2015.

Paul Stevens says that the global oil price will also have an impact on any prospective shale gas operations in the UK, as it is likely to inhibit companies from investing in fracking.

However, he believes that the biggest obstacle towards fracking in Britain is the public opposition.

“The real problem in the UK is not really a problem of economics, it’s a problem of opposition to fracking from the environmental groups, and that is a far more powerful barrier to shale gas in the UK than anything to do with economics.”

“To be perfectly honest, I’d be very surprised to see much happening in the UK, simply because of the local opposition, which is so strong. It’s very difficult to imagine how any operator is going to be able to operate,” he said.

The drop in global oil prices is continuing to impact on businesses all over the world, as market forces continue to drive prices down.

And while fracking has proved to be successful in the short-term in producing alternative energy in the US, unless oil prices rise again, it seems that more shale gas producers are likely to file for bankruptcy, which would be another obstacle to the practice kicking off in Britain.